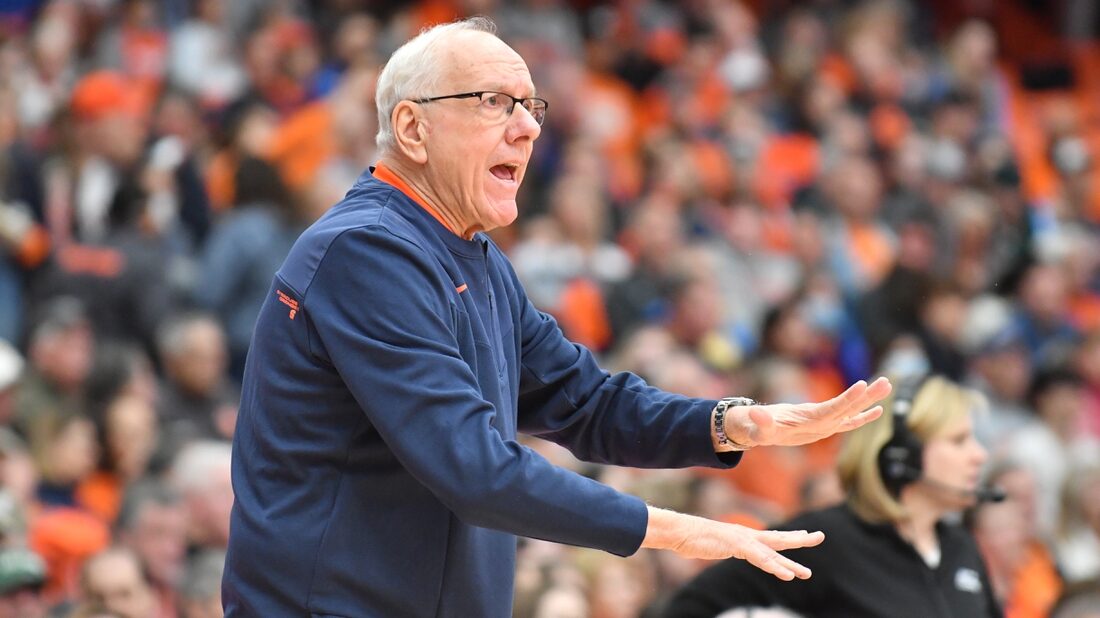 Jim Boeheim has never had a losing season in his 4 1/2 decades as Syracuse head coach, but that streak will end if the Orange fall to Florida State in the second round of the ACC tournament on Wednesday in Brooklyn, N.Y.

Boeheim, the second-winningest coach in Division I history, is wrapping up his 46th season on the Syracuse sideline. The ninth-seeded Orange (15-16) have lost four games in a row and will need to defeat the Seminoles and then conquer top-seeded Duke on Thursday in the quarterfinals to move above .500.

#8 seed Florida State (17-13) closed its regular season by winning three straight to enter the ACC tournament with a bit of momentum. The Seminoles likely will need to win the conference tourney in order to make their fifth straight NCAA Tournament.

Florida State and Syracuse split their season series with each winning on the other&rsquor;s home court. The Orange snapped the Seminoles&rsquor; 25-game home winning streak 63-60 on Dec. 4, but Florida State returned the favor with a 76-71 win at the Carrier Dome on Jan. 15.

Caleb Mills averaged 17.5 points during the two games. More recently, he missed five games with an ankle injury before returning for the regular-season finale vs. North Carolina State. He scored 19 points on 7-of-8 shooting in that contest — an 89-76 victory.

“Caleb is just a bucket-getter,” fellow guard Anthony Polite said. “He&rsquor;s able to put the ball in the bucket extremely easily. So we expect him to do that, and I&rsquor;m happy to have him back and finish this season out strong.”

Syracuse, on the other hand, was not in great spirits after squandering a late lead against Miami on Saturday. The Orange, who continue to play without starting center Jesse Edwards (wrist), were outscored 42-16 in the paint.

“They got it inside all the time,” Boeheim said. “We don&rsquor;t have a presence in there.”

Syracuse guard Buddy Boeheim was named to the ACC&rsquor;s first team on Monday. Florida State did not have a player on the first, second or third team (or honorable mention), although freshman guard Matthew Cleveland was chosen as the league&rsquor;s Sixth Man of the Year.

In this article:florida state, ncaab, syracuse