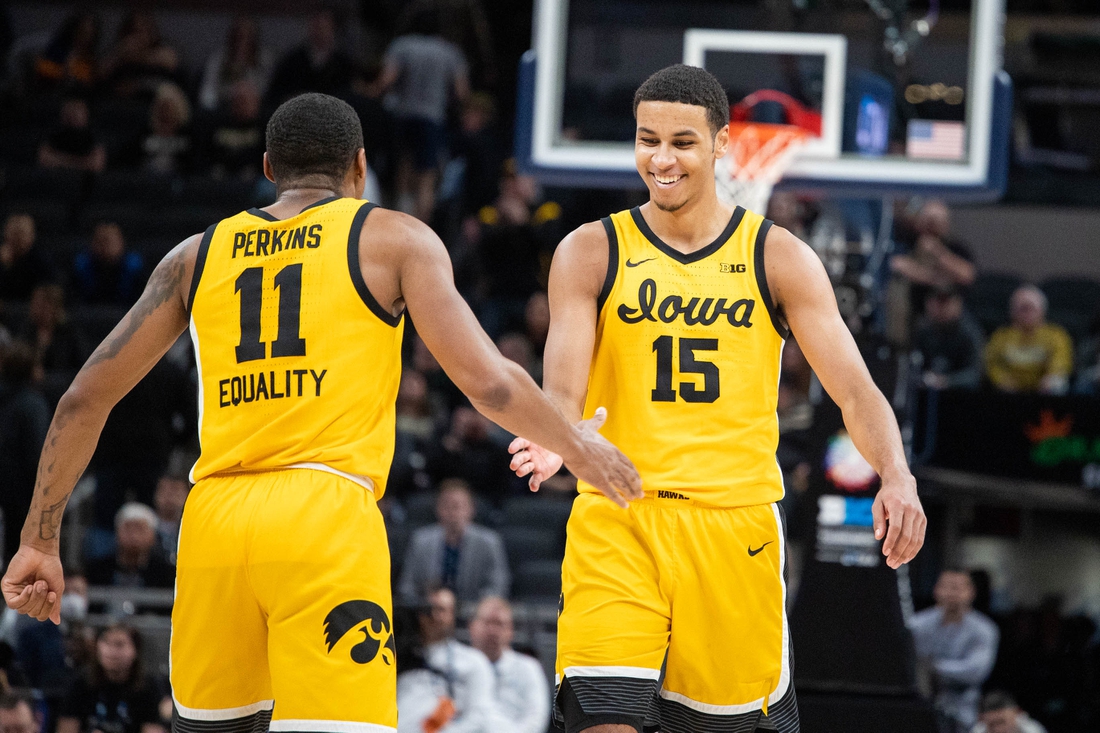 The 12th-seeded Spiders haven’t slipped below that threshold since, and they haven’t faced another school from the Hawkeye State until now.

Richmond (23-12) will play its NCAA Tournament opener Thursday afternoon against another streaking opponent, the fifth-seeded Iowa Hawkeyes (26-9) in a Midwest Region first-round game in Buffalo, N.Y.

Iowa has won nine of its past 10 games, including four in a row to earn the Big Ten tournament crown. On Sunday, the Hawkeyes avenged a pair of regular-season losses to Purdue, winning 75-66 in the championship game.

“We have so many guys that are able to step up in big moments,” Iowa’s Jordan Bohannon said. “Coach (Fran McCaffery) calls a lot of guys off the bench, and they’re ready for their number to be called. I think that’s what makes our team special because we have a lot of guys that can step up.”

Richmond also won four games in as many days to win the Atlantic-10 tournament, flipping the script after struggling to a sixth-place finish in the conference regular season.

While versatile forward Tyler Burton leads Richmond with averages of 16.3 points and 7.7 rebounds a game, veteran point guard and third-leading scorer Jacob Gilyard also had a hand in sparking the Spiders’ resurgence.

Gilyard rolled to a career-best 32 points in a tournament quarterfinal win against VCU on Friday and scored 26 in Sunday’s 64-62 win against top-seeded Davidson in the A-10 title game.

Gilyard added 16 assists and 14 steals in the tournament.

“Jacob Gilyard is sensational,” Davidson coach Bob McKillop said. “He is a guy who creates chaos defensively and (generates) runs on their offense consistently as well. To be able to play 40 minutes and have that kind of stamina is an extraordinary statement on how gifted he is and how talented and valuable he is.”

Gilyard acknowledged that hearing chatter about other conference point guards throughout the season has prompted him to play “with a chip on my shoulder, for sure.”

As with Richmond, Iowa has three players who average in double figures, led by Keegan Murray (23.6), who also is the Hawkeyes’ top rebounder at 8.6 per game.

Murray capped a remarkable tournament run Sunday with a 19-point, 11-rebound double-double against Purdue to finish with 103 points and 36 boards in the four games.

That effort garnered plaudits for Murray as the tournament’s Most Outstanding Player. Murray deflected much of the praise back on his teammates.

Thursday will mark the first meeting between Iowa and Richmond.