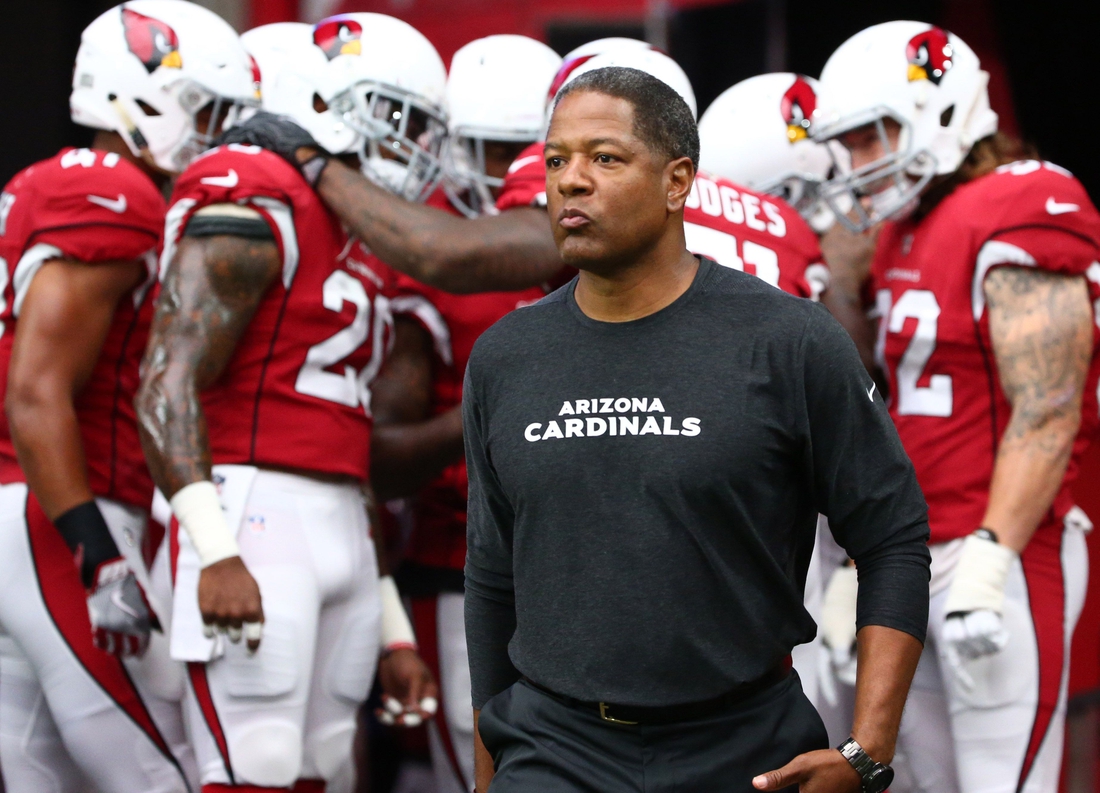 Wilks, 52, currently the secondary coach/defensive pass game coordinator for the Carolina Panthers, is the former head coach of the Arizona Cardinals. He claims he was a “bridge coach” when he was fired after one season and a 3-13 record in 2018.

In his complaint, Wilks states that he had to coach without a general manager “during a critical time of the preseason” when Cardinals GM Steve Keim had been suspended following a DUI arrest. Further, he says Keim “had engaged in fireable conduct” but the team instead chose to extend Keim and buy out three years of Wilks’ contract. The Cardinals hired Kliff Kingsbury to replace Wilks.

Kingsbury “has been given a much longer leash than Mr. Wilks and, to his credit, has succeeded,” reads Wilks’ complaint.

Horton, who turns 62 next week, last coached with Washington in 2019 as defensive backs coach. He claims to have had a “sham” interview for head coach with the Tennessee Titans in 2016. Horton was a defensive coordinator for four teams, including the Cleveland Browns twice, from 2012-16.

Horton interviewed for the Titans’ head coach opening the same day the team hired Mike Mularkey, who later would say on a podcast that he was informed he would be the pick “before they went through the Rooney Rule.”

“When I learned from Coach Mularkey’s statements that my head coach interview with the Titans was a sham, I was devastated and humiliated,” Horton said in his statement. “By joining this case, I am hoping to turn that experience into a positive and make lasting change and create true equal opportunity in the future.”

At the time, Horton pushed back on an assertion made by then-Fritz Pollard Alliance chairman John Wooten that Horton was “insulted” by the interview.

“It was about a four-hour interview where great ideas were exchanged that I was told will be implemented in the Tennessee Titans organization. I couldn’t have been insulted by it, because it went well,” Horton told The Tennessean in a story published Jan. 17, 2016.

Flores filed the lawsuit on Feb. 1 against the NFL, New York Giants, Miami Dolphins and Denver Broncos along with John Doe Teams 1-29. He was fired by the Dolphins on Jan. 10 after a 24-25 record in three seasons as head coach.

In this article:cleveland browns, Denver Broncos