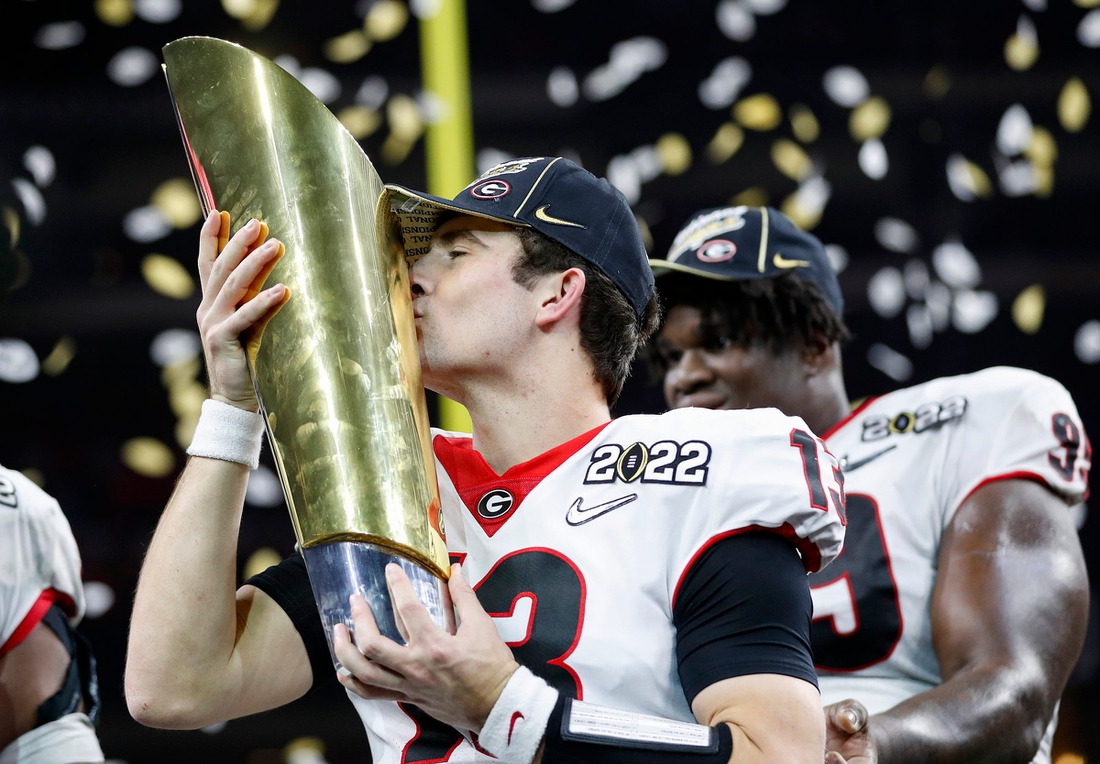 Stetson Bennett IV went from a walk-on at Georgia to a national championship winner.

His younger brother, Luke, hopes to do the same.

Luke Bennett announced Thursday that he’s walking on at Georgia, committing to the Class of 2022.

He posted to Twitter: “Excited to officially be a part of the @ugafootballwalkons family #committedtotheg #GoDawgs”

He is a 5-foot-11, 175-pound wide receiver/running back who played at Pierce County High School in Blackshear, Ga. He had three receiving touchdowns and five rushing touchdowns in his senior season, per 247Sports.

In February, the Bulldogs coaching staff offered him a spot as a preferred walk-on.

Stetson Bennett joined Georgia as a walk-on in 2017, then transferred to a community college for the 2018 season. He returned to Georgia in 2019 and last season, led the Bulldogs to victory in the College Football Playoff championship game against Alabama.

The quarterback is using his added year of eligibility and returning for the 2022 season, and he seemed excited Thursday to have his brother as a teammate.

“So proud of you buddy – LETS GO!!!,” Stetson Bennett tweeted.