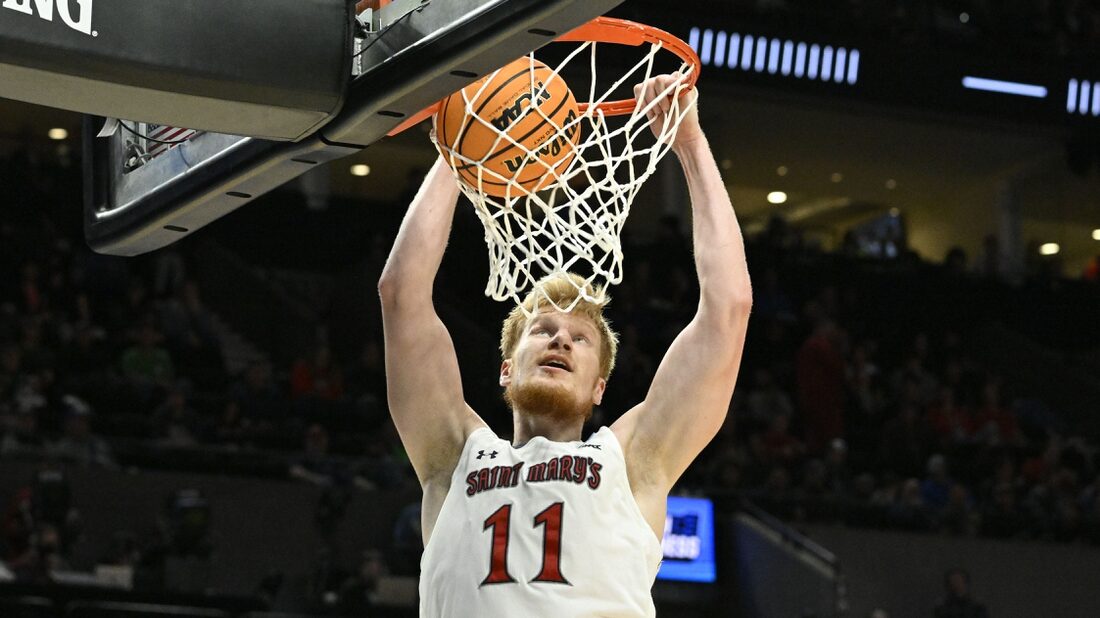 Now, Johnson is shooting to end his former coach’s season when the fifth-seeded Gaels (26-7) square off against Cronin’s UCLA squad on Saturday night in the second round of the East Regional at Portland, Ore.

Johnson stood out with 20 points, six rebounds and three assists as Saint Mary’s hammered 12th-seeded Indiana 82-53 in Thursday’s opening round.

Johnson played his freshman campaign for the Bearcats, and then Cronin departed for UCLA following the 2018-19 season. Johnson, who is from the San Francisco Bay Area, decided to transfer closer to home and chose the Moraga-based Gaels.

“It would be a cool experience, I think,” Johnson said of playing against Cronin. “I’ve been at Saint Mary’s for three years now, so everything’s different. I’ve enjoyed the whole process of getting better offensively and helping my offensive game grow.”

“Couldn’t be more happy for the way his career has evolved,” Cronin said. “Obviously, talk to Randy extensively, so it was a great fit when Logan decided to leave after we left.

“But we recruited him because he’s one of the best athletes that you’ll see play college basketball. He’s also one of the best people, from a great family. He impacts the game in every possible way.”

Cronin signed a contract extension through the 2027-28 season before Thursday’s victory. However, it was shaping up to be an unhappy night as the Bruins trailed for more than 27 minutes against Akron.

But the veteran team that made the stunning run to the Final Four last season stepped up its game down the stretch. Point guard Tyger Campbell, who had a team-best 16 points, scored eight in a row as UCLA turned a four-point deficit into a four-point lead with 1:20 left.

“All props to Akron. They played a great game, great team,” forward Jaime Jaquez Jr. said after scoring 15 points. “But we just knew we didn’t want to be the ones getting upset, and we’re looking forward to bigger things.”

Saint Mary’s also has its sights on a big accomplishment. A victory would put the Gaels in the Sweet 16 for just the second time in program history. Saint Mary’s advanced that far in 2010 as a 10-seed before losing to third-seeded Baylor.

Johnson is intent on helping the Gaels get at least that far. He knows the program falls under the radar on the national stage despite its constant success under Bennett.

“We’re gritty, not a pretty team. We’re going to find ways to get it done,” Johnson said. “We know, once we get going defensively, and especially offensively, that that’s when teams are in trouble and they really find out what they’re stepping foot into.

The clash between the two California schools is rare. It is the first meeting since UCLA routed the Gaels 123-93 on Dec. 5, 1990. The Bruins have won 11 of the 13 all-time meetings.