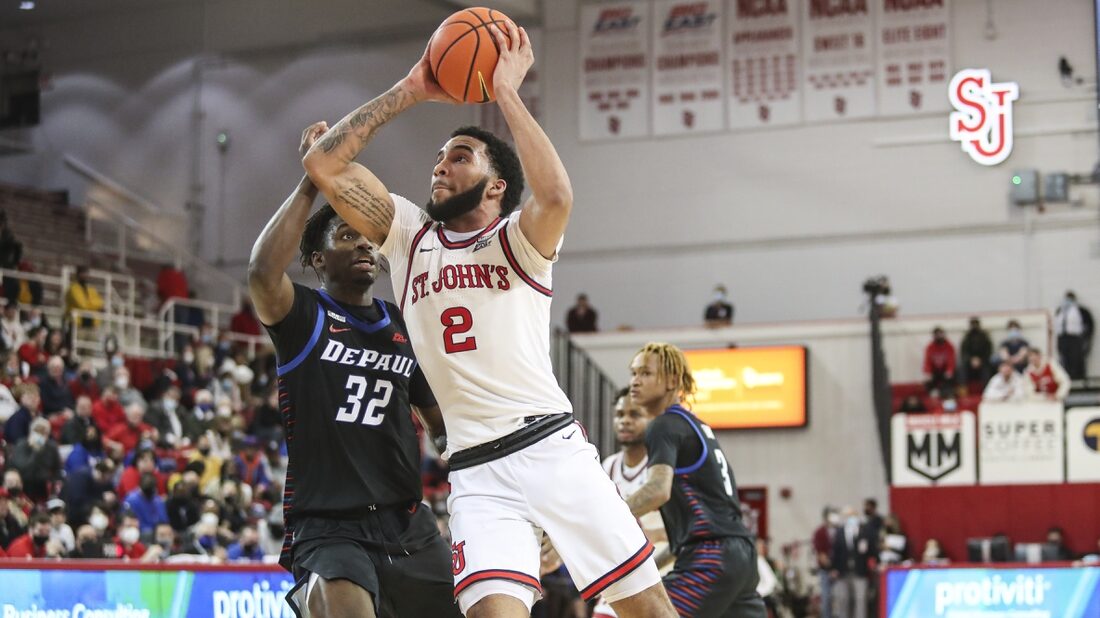 St. John’s gets a virtual home game when it battles DePaul in the opening round of the Big East tournament Wednesday night at Madison Square Garden in New York.

The winner of this matchup will face #2 seed Villanova in the quarterfinals on Thursday.

The seventh-seeded Red Storm (16-14) closed the regular season with an 85-77 loss to Marquette on Saturday in Milwaukee.

#10 seed DePaul (15-15) will look to win at least one game in the Big East tourney for the third consecutive year.

The Blue Demons fell in their regular season finale, 75-68, at Connecticut on Saturday.

Freeman-Liberty was injured for a stretch earlier this season but poured in a career-high 39 in a 99-94 shootout win against St. John’s on Feb. 27 and appears to be peaking at the right time.

“We just got to keep playing how we are playing now, stay focused,” said Freeman-Liberty, who has scored at least 22 points in each of the last five games. “That’s one of the key words we have been using lately — staying focused.”

The Blue Demons have struggled on the glass all season and it was evident again as they were outrebounded 49-31 against the Huskies.

“Any time you get beat on the boards by 18, that’s not a formula for success,” DePaul coach Tony Stubblefield said.

In this article:depaul, ncaab, st. john's