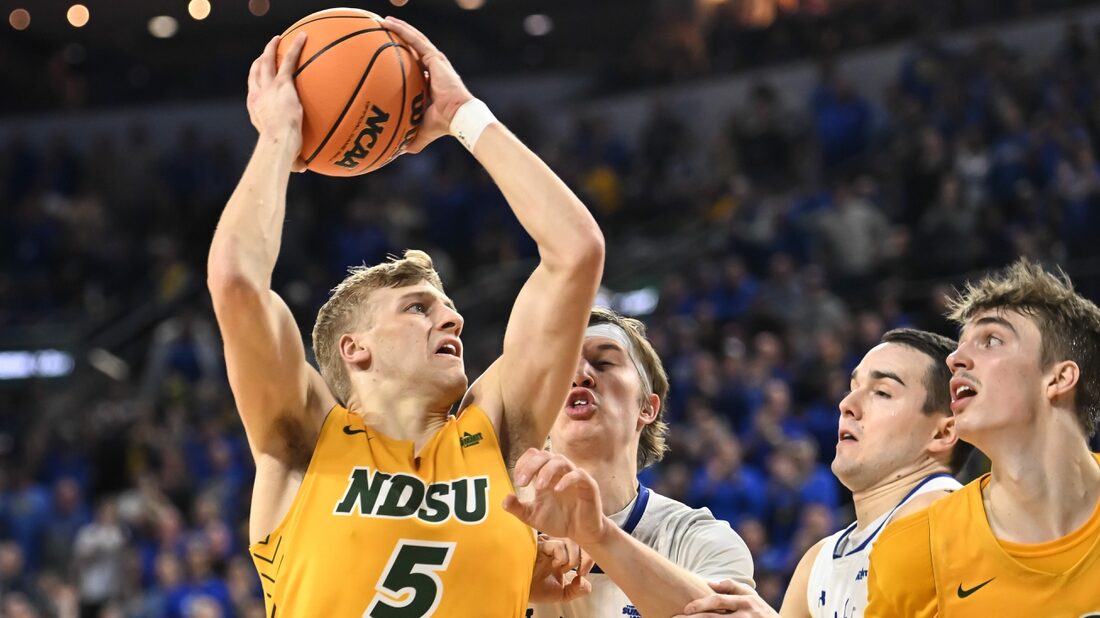 Yes, the NCAA Tournament selection committee gave Providence a #4 seed in the Midwest Region and placed the Friars as close to home as possible in Buffalo, N.Y.

But consider that after being routed by perimeter-oriented Creighton in the semifinals of the Big East tournament, the Friars (25-5) now must battle the best 3-point shooting team in the country when they meet Summit League champion South Dakota State (30-4), a #13 seed with a 21-game winning streak, on Thursday afternoon.

Providence coach Ed Cooley hadn’t had much of a chance to study the up-tempo Jackrabbits when he spoke to the media shortly after Sunday’s bracket reveal, but he already was well aware of their long-range prowess. SDSU shoots 44.9 percent from beyond the arc and attempts nearly 21 3-pointers per game.

“Our motto is tough twos, no threes,” Cooley said. “Hopefully, we can play much better than the last time we were on the floor.”

Providence, which allowed 31.2 percent shooting from behind the arc during the season, must get back to that type of defense against South Dakota State. Or else the Friars’ first NCAA appearance since 2018 could be brief.

“We have to figure out what we can do now to make sure that doesn’t happen again,” senior Nate Watson said of the blowout loss to Creighton.

Watson, who had five points in 17 minutes in a 73-69 first-round loss to Texas A&M in 2018, is the only active Friar who has played in the NCAA Tournament.

“You definitely pick his brain about what to expect, how is it, but you really just do it together,” teammate A.J. Reeves said. “We’ve just got to be ready for anything. I feel like with this older, veteran group, we can withstand a lot of ups and downs throughout the games and just stay steady.”

The Friars hope to get plenty of fan support, even though Providence is about a seven-hour drive from Buffalo. The Jackrabbits hope non-Friar fans will give them their support as an underdog.

“If we can show that we belong there and give (people) a little bit of hope, I think some people there will get behind us,” said Summit League Player of the Year Baylor Scheierman, who averages 16.2 points, 7.8 rebounds and 4.6 assists a game and shoots 47.3 percent from beyond the arc.

“I’m sure we’ll have the butterflies in our stomachs before the game,” said Douglas Wilson, who averages 16.5 points, “but once we get on the court, I’m pretty sure we’ll be fine.”

The Jackrabbits’ four losses all were in non-conference games — at Alabama, Idaho and Missouri State and against Washington in Sioux Falls, S.D.

SDSU’s last appearance in the tournament also came in 2018 when it hit 13 of 31 3-pointers and lost 81-73 to fifth-seeded Ohio State in the first round. The game plan was much the same, even though third-year head coach Eric Henderson was an assistant then.