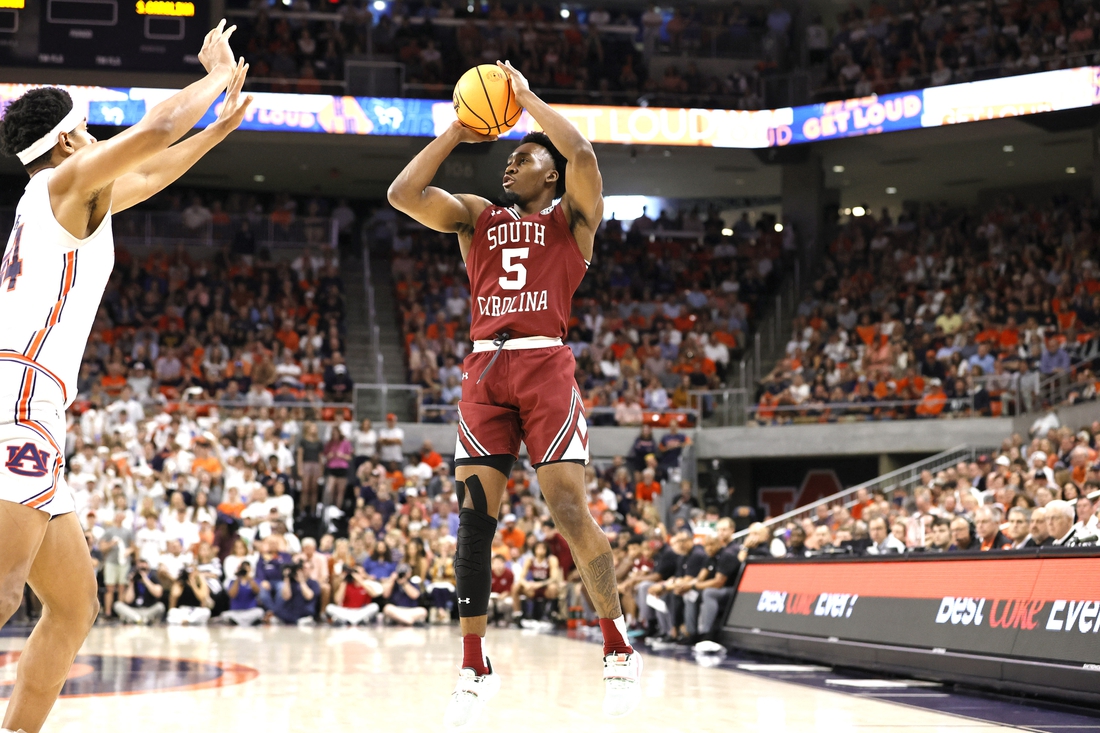 South Carolina leading scorer Jermaine Couisnard said Friday that has left the program and has entered the transfer portal.

Couisnard, who averaged 12 points while starting 16 of 26 games played this season, made his announcement one day after Lamont Paris was named South Carolina’s new coach.

Couisnard, a Chicago native, was extremely close with recently fired coach Frank Martin, who was introduced Friday as the new coach at Massachusetts. It would not be surprising if Couisnard ends up at UMass after he repeatedly praised Martin in his announcement on Friday.

“The departure is bittersweet, because not only did I chose to attend the University of South Carolina but most importantly I chose to play basketball for Coach Frank Martin,” Couisnard said. “I want to genuinely thank Coach Frank Martin for believing in me, giving me a chance to live out my dreams as a College Basketball Player, and literally saving my life from the dangerous streets in my hometown. Frank Martin was not only a Coach but a hero who became a part of my family.”

Couisnard spent four seasons in the South Carolina program. He redshirted his first season and then played 73 games over the following three campaigns with career averages of 11 points, 3.2 assists and 2.8 rebounds.

Guard Erik Stevenson entered the transfer portal earlier this week. He averaged 11.6 points and made 60 3-pointers while starting all 31 games this season for the Gamecocks.

Paris was hired as South Carolina’s new coach after leading Chattanooga to the NCAA Tournament this season.