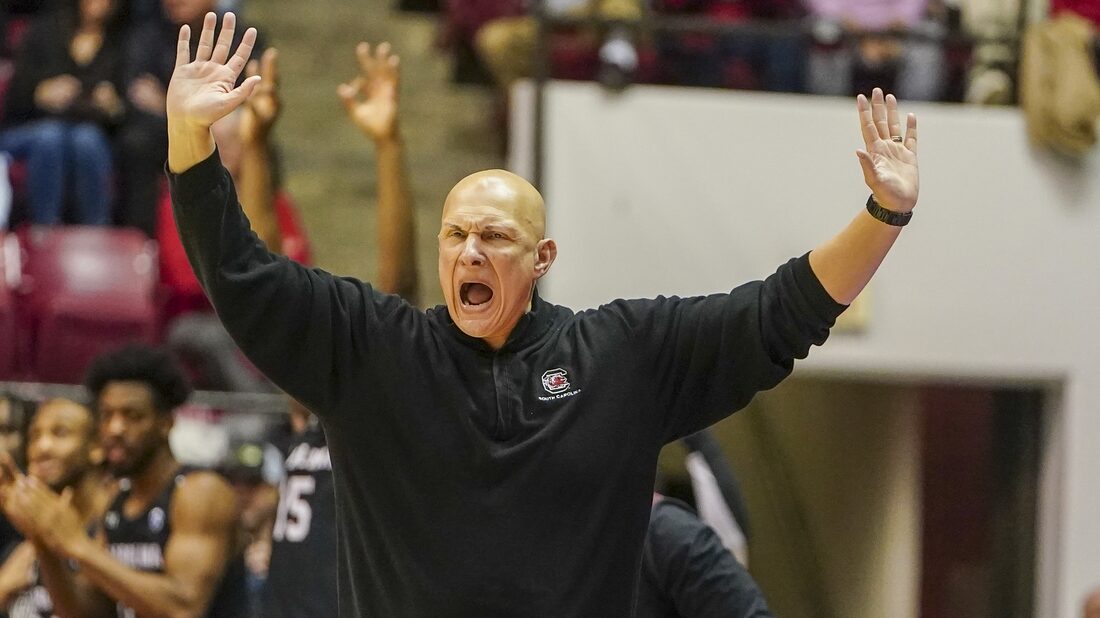 South Carolina fired Frank Martin on Monday after making one NCAA Tournament appearance during his 10 seasons as its men’s basketball coach.

Martin’s last game was Thursday, as the Gamecocks (18-13, 9-9 Southeastern Conference) dropped a 73-51 setback to Mississippi State in the second round of the conference tournament.

“After a thorough evaluation of our men’s basketball program, we have decided to make a change,” South Carolina athletic director Ray Tanner said. “We are grateful for the dedication that Coach Martin has made to Gamecock Basketball. We wish him and his family nothing but the best in the future.”

The school said a national search for a new men’s basketball coach will begin immediately.

South Carolina is listed as one of the programs in the running to land celebrated recruit GG Jackson, who is from Ridge View High School in Columbia, S.C.

But Jackson has said he’s also weighing the G League as an option.

In this article:ncaab, south carolina