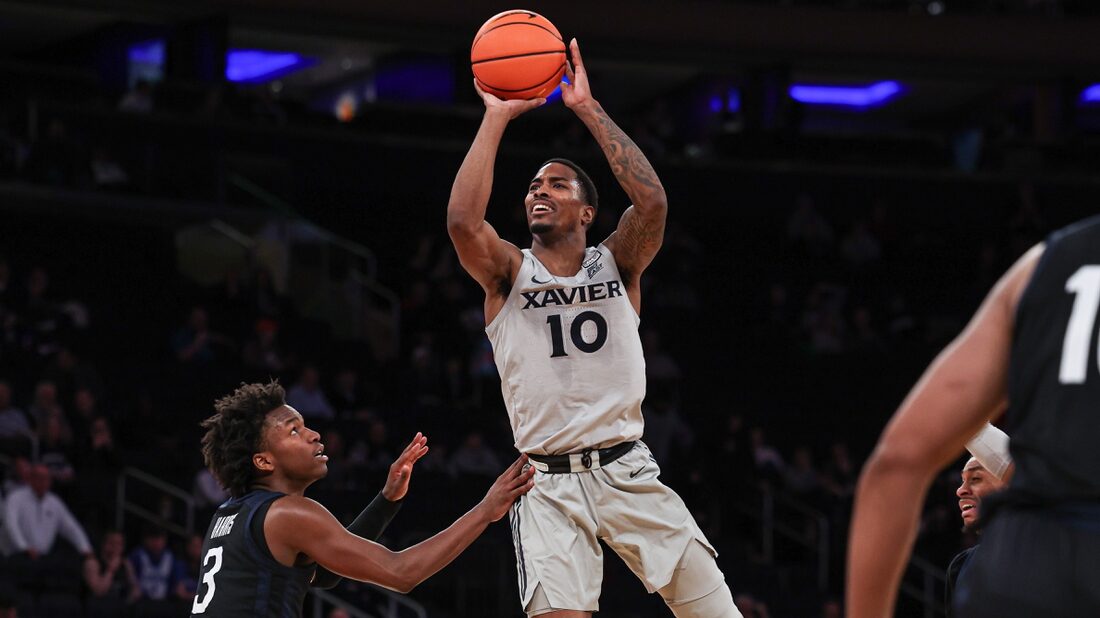 Simas Lukosius made two tying free throws in regulation and then hit a key 3-pointer in overtime as ninth-seeded Butler upset #8 Xavier 89-82 in the first round of the Big East tournament Wednesday in New York.

The loss could potentially be damaging for the NCAA Tournament at-large hopes of Xavier (18-13), which has lost six of its last seven games.

The Musketeers squandered a four-point lead in the final 29 seconds of regulation.

Lukosius scored 27 points and Chuck Harris scored a game-high 29 points for Butler (14-18), which will play top-seeded Providence on Thursday.

Jack Nunge scored 24 points, and Paul Scruggs had 15 points and six assists for Xavier. Zach Freemantle had 14 points and 13 rebounds, and Colby Jones scored 14 points for the Musketeers.

Harris made two foul shots with 29 seconds left in the second half to trim Xavier’s lead to 66-64. Scruggs then was called for a charge, and Harris tied the score at 66 on a layup with 24 seconds left.

Scruggs scored on a layup of his own with 8 seconds left, with Harris fouling out on the play.

But Scruggs not only missed the free throw, he inexplicably fouled a dribbling Lukosius from behind. Lukosius, an 89.8 percent foul shooter, made both shots with 4 seconds remaining. Jones missed at the buzzer for the Musketeers.

In overtime, the Bulldogs never trailed. Lukosius’ three with 2:37 left gave them a 76-72 lead and Xavier never got closer.

Both teams struggled offensively early in the game.

The score was tied four times before a 6-0 run gave the Musketeers a 24-18 advantage on Freemantle’s hook shot in the lane with 4:42 to go in the half. But the Bulldogs responded, and Lukosius’ 3-pointer with 2:43 to go cut the deficit to 24-23.

Aaron Thompson’s trey for Butler with 1:31 left closed the first-half scoring and tied it at 26.

In this article:butler, ncaab, xavier