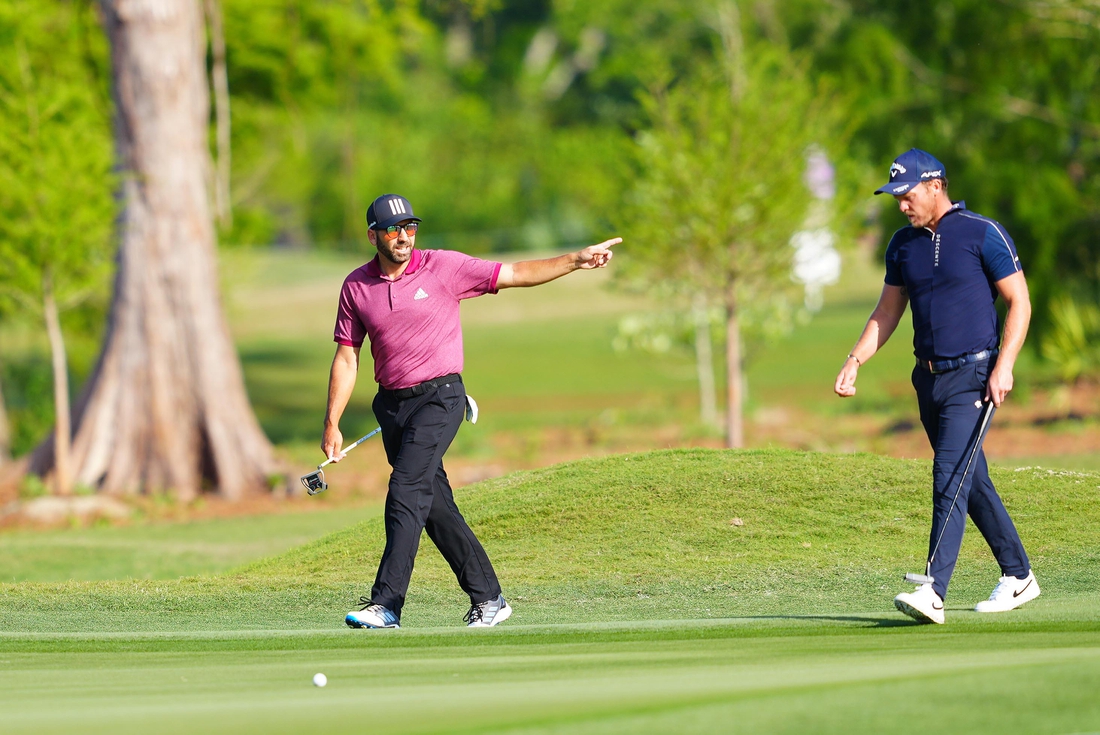 Sergio Garcia’s departure from the PGA Tour to the LIV Golf Invitational Series sounds all but official.

The Spaniard was overheard on a television feed Thursday telling a rules official at the Wells Fargo Championship that he “can’t wait” to leave the PGA Tour.

In Garcia’s first round at TPC Potomac at Avenel Farm in Potomac, Md., his drive at the par-5 10th hole went out of bounds. He grew frustrated with a rules official when he was told he did not find his ball in the allotted time, forcing him to take a drop.

“I can’t wait to leave this tour. Can’t wait to get outta here,” Garcia said, later adding, “Just a couple more weeks and I won’t have to deal with you anymore.”

Garcia was one of many high-profile names rumored to be involved with the controversial, Saudi-backed LIV series, spearheaded by Greg Norman as the CEO.

Phil Mickelson, Robert Garrigus and Englishmen Lee Westwood and Richard Bland are the only golfers publicly known to have applied for a waiver to compete at LIV’s first event next month in London, though Mickelson’s representatives said he hasn’t made up his mind about playing.

Norman confirmed in an interview with ESPN that “more than 200 players” have registered for the first event (which will only feature 48 players), including “about 15” of the top 100 in the Official World Golf Ranking and two former world #1s, one of which was Westwood.

Garcia, 42, has won 36 times worldwide, including 11 wins on the PGA Tour. His biggest career victories came at The Players Championship in 2008 and the Masters in 2017, his only major title.