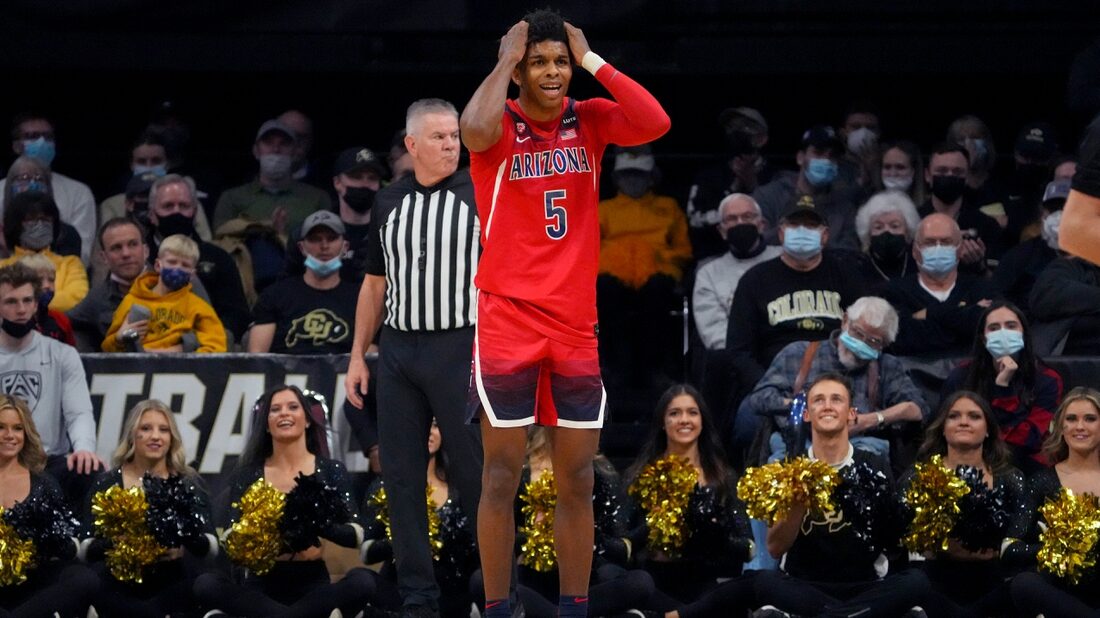 Colorado defeated #2 Arizona for one of the biggest victories in school history. And 13 days later, the Buffaloes need to beat the Wildcats again to keep their NCAA Tournament hopes alive.

The two schools meet Friday night in the semifinals of the Pac-12 tournament in Las Vegas.

Fourth-seeded Colorado (21-10) easily beat Arizona 79-63 on Feb. 24 at home in Boulder. It was a milestone victory that matched the school mark for highest-ranked opponent beaten. Colorado also beat #2 Oklahoma State on Feb. 12, 1992.

Top-seeded Arizona (29-3) thumped Colorado 76-55 at home in Tucson on Jan. 13, but it was the recent game that was alarming when it came to the Wildcats. Arizona again struggled in Thursday’s quarterfinals before holding off ninth-seeded Stanford 84-80 to advance.

“I’m going to give them some credit,” Wildcats coach Tommy Lloyd said of Stanford. “They made some shots, made some shots normally you would live with, and then they started making enough of them, so we had to make some adjustments in our coverages.

“That’s how these games go. It’s a single-elimination game. It’s not the NBA where it’s 1 of 82, make them today and, well, we’ll get them next time. It’s a make or miss deal.”

The Buffaloes earned another shot at Arizona with a solid 80-69 win over fifth-seeded Oregon.

“They’ll be ready to play the Buffs,” Boyle said. “They’ll be mentally ready, they’ll be emotionally ready. I know Tommy Lloyd, he’s a competitive dude. But we’re going to be ready, too.”

The sentiment that Colorado needs to win the Pac-12 tournament title to reach the NCAA Tournament is definitely grating on Boyle.

He doesn’t agree with the opinions of the talking heads and bracket experts around the country.

“If you don’t think we’re one of the top 68 teams in the country, you’re sorely mistaken,” Boyle said.

Colorado looked the part in the win over Oregon. Evan Battey had 19 points and a season-best 12 rebounds and Jabari Walker added 18 points and a career-high 16 rebounds. The Buffaloes limited the Ducks to 34.3 percent shooting from the field and owned a 55-42 rebounding advantage.

“We’re a young team and there’s no expectations with that,” said Battey, a senior. “We’re playing hard just trying to get to the next game and the next win.”

Walker registered 15 points and 14 rebounds and Tristan da Silva scored a game-high 19 points in the recent win over Arizona. In the January loss, Walker, who leads the team in scoring (14.8 per game) and rebounding (9.6), had just four points and five boards and da Silva scored only seven points.

Arizona will likely be without point guard Kerr Kriisa after he departed with an ankle injury late in the win over Stanford. He was shown in a wheelchair in a hallway outside the locker room area.

“I have no idea the severity of it or anything like that,” Lloyd said minutes after the conclusion of the game. “Obviously, it’s a quick turnaround so it will be tough. We’ll just play it by ear.”

Christian Koloko and Bennedict Mathurin were the key figures in the close win over Stanford. Koloko made 10 of 12 shots while recording 24 points and nine rebounds and Mathurin (team-leading 17.3 points per game) added 20 points and seven rebounds as the Wildcats won their fourth straight game.

“We have a young team, so I think we need those kind of games just to get ready for what’s next for us,” Koloko said. “I think we did a pretty good job, just executing the game plan and following everything Coach taught us in the game.”