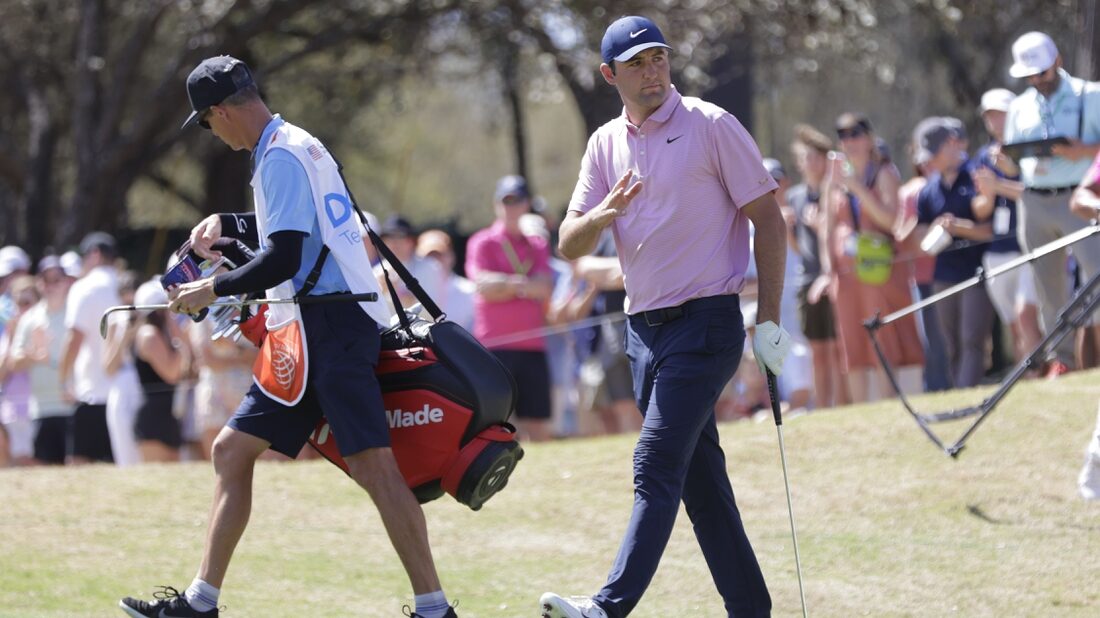 Scottie Scheffler defeated Kevin Kisner 4 and 3 in the finals of the World Golf Championships-Dell Technologies Match Play on Sunday at Austin Country Club in Texas.

Scheffler, a University of Texas product who entered the tournament ranked fifth in the world, will take over as the new #1 thanks to Sunday’s victory, ending Jon Rahm’s run of 36 weeks at the top spot.

“I really don’t know what to say,” Scheffler said after the match. “I’m just really pleased. It’s a tough week, a long week. I figured out my routine to keep some energy. But I’m pretty worn out right now to be honest.

“It’s a dream come true to play in front of my hometown fans here, going to school here. I have some good memories on this golf course, coming out to watch this tournament. I’m pleased to be playing in it, and even more happy to win it.”

Scheffler, who at 25 became the tournament’s youngest winner, began the day by dispatching former #1 Dustin Johnson 3 and 1.

Kisner advanced to the finals by beating Corey Conners of Canada 2 up.

Scheffler went 3 up on Kisner through six holes. On the 14th hole, he made a 15-foot birdie putt to go 4 up and clinch the match.

“He’s playing incredible golf. I knew I needed my best. … Just couldn’t get my putter to cooperate,” Kisner said.

Against Johnson in their semifinal, Scheffler blasted to 4 up through eight holes and 5 up on #11, but Johnson roared back with four straight birdies holes on Nos. 12 to 15 to leave Scheffler only 1 up.

Scheffler, however, made a 13-foot putt on #16 to add to the lead, and then clinched the match on par-3 #17. He hit his first shot to within nine feet of the cup and sank the putt.

Kisner survived a battle with Conners in their semifinal, not clinching until he made a four-foot putt for a birdie on #18.

In the third-place match, Conners built an early lead and defeated Johnson 3 up. Conners was 4 up through six holes, stayed 3 up through 11 and 2 up after 16, and then he finished off the match with an eight-foot putt on #17.