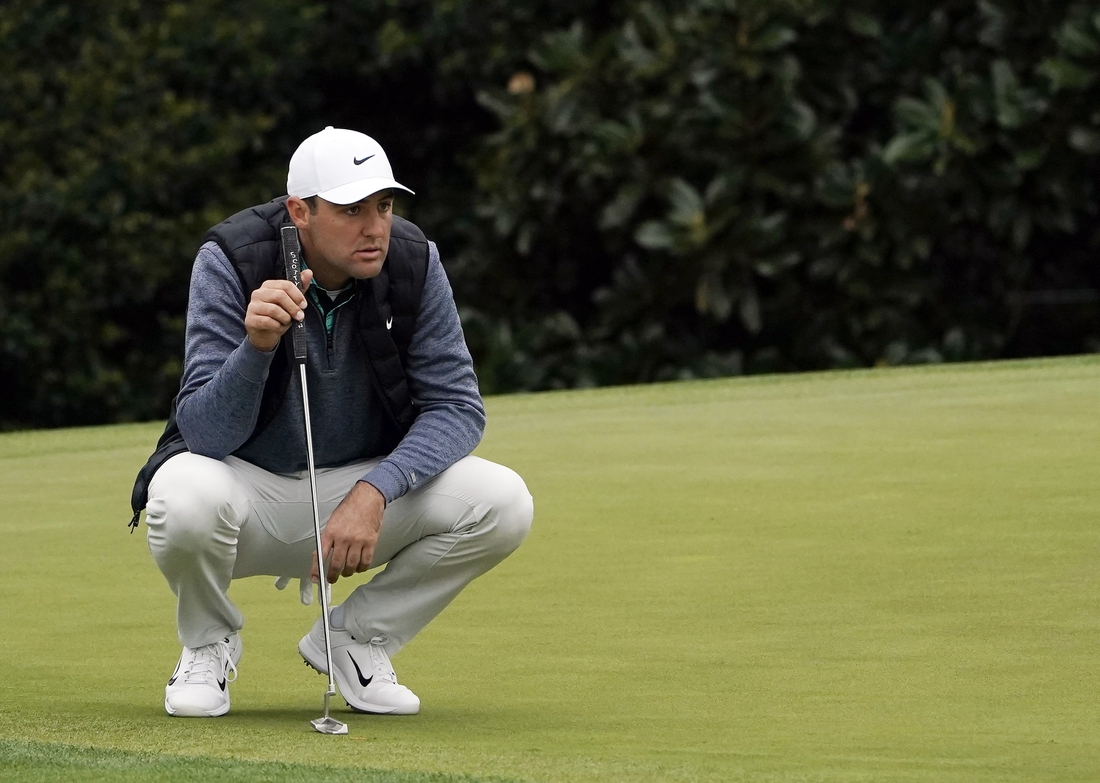 The two men having the most successful seasons on the PGA Tour thus far have been Scottie Scheffler and Cameron Smith. Now the pair is poised to battle it out on Sunday at Augusta National Golf Club.

Scheffler, playing his first tournament as the world #1, posted a 1-under-par 71 on Saturday to get to 9 under, but he watched his lead shrink to three shots at the third round of the Masters at Augusta, Ga.

Smith, the mulleted Australian, shot a 4-under 68 for the low round of the day on a chilly afternoon with few low scores. He took control of second place at 6 under and move within striking distance of the lead.

Both Scheffler and Smith are aiming for their first career major title. Smith is coming off a victory at The Players Championship last month, while Scheffler has been on a meteoric rise after starting 2022 without a PGA Tour win to his name. He has won three tournaments in his past five starts and now has his sights on the biggest victory yet.

“I had a lot of fun out there,” Scheffler said. “I talked about, at the beginning of the week, that being in contention is what’s fun, so being in the lead is fun. When I’m in the lead I’m trying to stay in the lead and not really overthink things. Just go out there and play golf.”

Sungjae Im of South Korea is third at 4 under after carding a 1-under 71. Charl Schwartzel of South Africa and Shane Lowry of Ireland are tied for fourth at 2 under after both shot rounds of 73.

The only others still under par for the week are Justin Thomas (72) and Canada’s Corey Conners (72), tied for sixth at 1 under.

At times Scheffler looked as though he might run away with the tournament early in the round, but four bogeys over his second nine helped keep the drama intact. Scheffler’s tee shot at the par-4 18th flew too far left and was found in a bush after an extensive search. He had to take an unplayable lie and his third shot landed just over the green, leading to an up-and-down for bogey.

“You hate bogeying the last hole, but the way I bogeyed it for sure felt like a par,” he said. “So definitely good finish to the day and I’m looking forward to tomorrow.”

Scheffler led by as many as six shots during his first nine. He sandwiched four birdies, including a 17-foot birdie putt at the sixth, around one bogey at the fourth hole.

Schwartzel, playing in the final pairing with Scheffler, had an eagle 2 at #10 by holing out from 136 yards. His approach landed just past the pin, and he watched as it slowly spun back to the cup. That pushed him to 6 under, passing Smith for solo second.

Meanwhile, Scheffler landed in a bunker at the par-3 12th and missed the green on his second shot. His ensuing bogey briefly cut his lead to three shots. But Smith then hit the bunker off the tee at the par-3 16th and went on to bogey.

Despite the late misstep, Smith will partner with Scheffler in the final group Sunday.

“I think it’s not going to be as windy tomorrow,” Smith said. “Typically here on Sunday, especially the back nine, you can use plenty of greens to your advantage and have plenty of birdie opportunities. Again, just stay aggressive into the greens and just keep hitting quality shots.”

Scheffler wrapped up Amen Corner with a short birdie putt at #13 to get back to 11 under, but he bogeyed the par-4 14th and par-5 15th, three-putting the latter.

Im, who led the field after 18 holes, went 4 over through his first six holes but quietly came back with birdies at Nos. 8, 10, 12 and 15, the latter on a long putt from off the green. A long birdie putt at #17 put him back in third place.

After Schwartzel’s eagle, he made four bogeys over his last eight holes to lose ground on the lead. Lowry made two birdies early but bogeyed Nos. 9, 13 and 17.

Defending champion Hideki Matsuyama of Japan started the day at 3 under but struggled to a 5-over 77. He was tied for 14th at 2 over.

Tiger Woods shot a 6-over 78, the highest score of his career at Augusta, to drop to 7 over and a tie for 41st. Woods carded double bogeys at the fifth and 18th holes and three-putted five times.

“I just could not get a feel for getting comfortable with the ball. Posture, feel, my right hand, my release, I just couldn’t find it,” said Woods, playing in his first official tournament since his car accident 14 months ago that left him needing multiple leg surgeries. “Even as many putts as I had, you’d think I’d have figured it out somewhere along the line, but it just didn’t happen.”