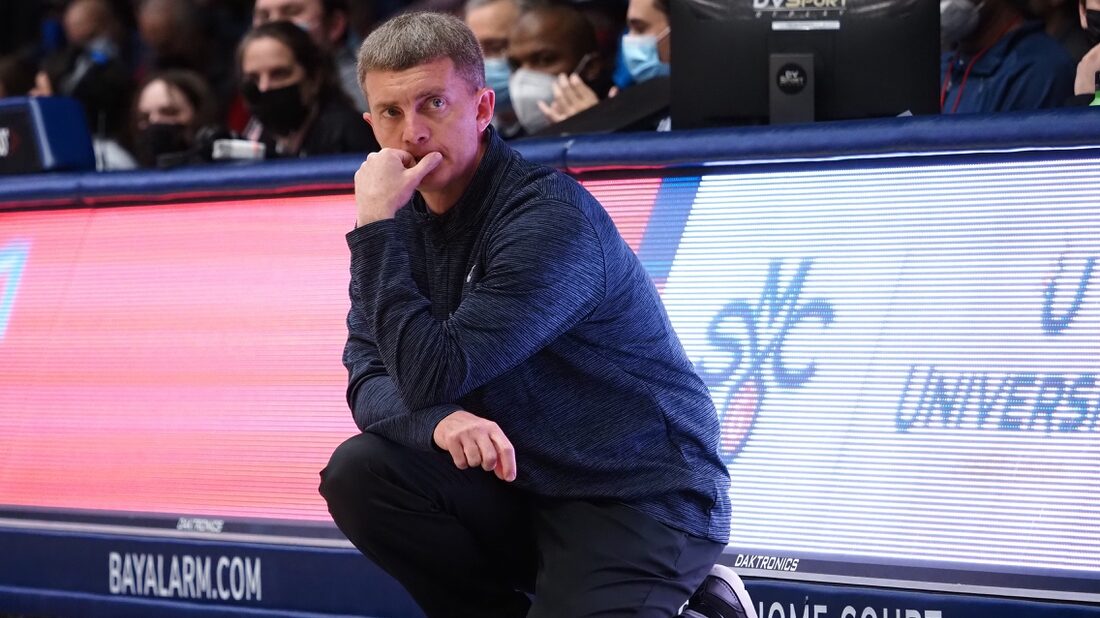 The dismissal of the 44-year-old Scholl, a former player and assistant coach at the school, was not a surprise — especially with the Toreros dropping seven of their final nine games to finish 15-16 overall this season, 7-9 in the West Coast Conference.

“Decisions like this are very difficult, especially when it involves people you care so much about,” executive director of athletics Bill McGillis said in a statement. “Coach Scholl is an amazing man, and he has been a tremendous mentor to the young men in our program. Although we have not achieved the competitive progress we expected, Sam has poured his heart and soul into USD basketball, and he has led our program with great integrity from day one.

“Both as a student-athlete and as a coach, Sam has represented the university with great class, and no one cares more about the Toreros than he does. We are truly grateful for Sam’s leadership and wish him the very best moving forward.”

Scholl originally took over as interim coach in February 2018 after Lamont Smith was suspended due to being arrested for investigation of domestic violence in the San Francisco Bay Area. Smith later resigned as coach despite charges not being filed.

The former non-scholarship point guard led San Diego to a 21-15 mark in his first full season in 2018-19, good enough to make the school’s first trip to the NIT. But he went just 27-50 over the last three campaigns, ending his four-plus-year stint at 50-67 as head coach.

“Behind being Heather’s husband and Riley, Reese, and Regan’s Dad, being the Head Coach at the University of San Diego has been my greatest honor,” Scholl said in a statement. “We are very grateful to represent such a prestigious institution and we will always cherish our time here. The University of San Diego has tremendous leadership with Dr. (James T.) Harris and Bill McGillis. There is much success ahead for the basketball program at USD.”

San Diego has posted only three winning seasons since last making the NCAA Tournament in 2007-08, when the Toreros pulled off a first-round upset as a #13 seed over fourth-seeded UConn in overtime.