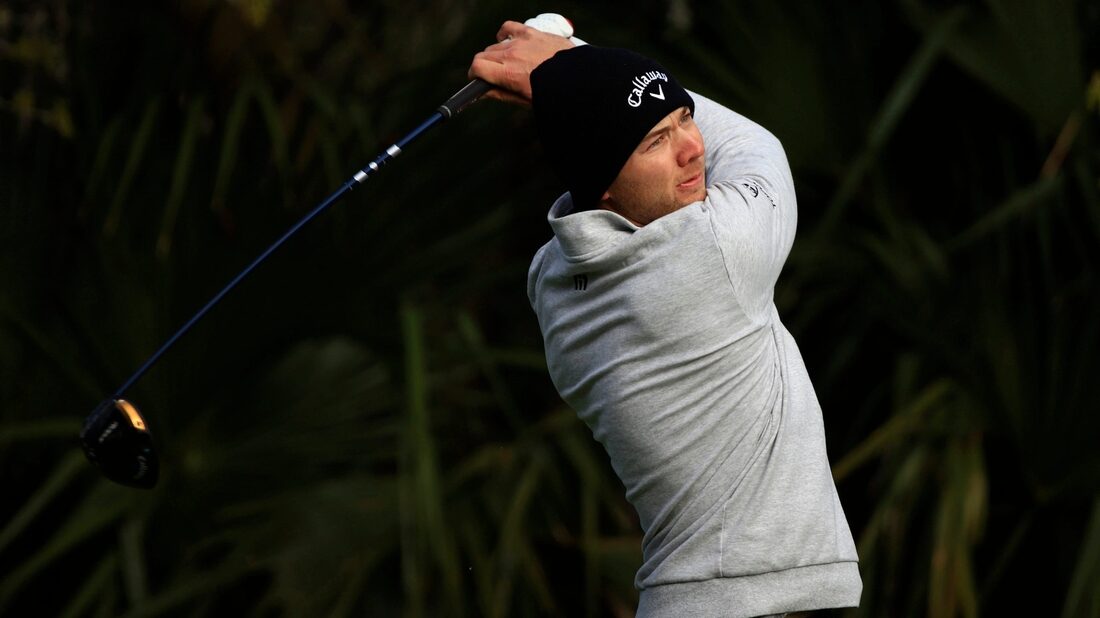 Sam Burns and Tom Hoge were tied for the lead at 7 under par Sunday afternoon following the completion the delayed second round of The Players Championship at Ponte Vedra Beach, Fla.

Because of multiple delays at TPC Sawgrass this week, including a day off Friday because of rain-related unplayable conditions, the field did not complete the first round until Saturday afternoon.

The second round started Saturday, but was suspended by darkness with nearly 100 players unable to reach the midway point of the tournament. Burns and Hoge didn’t even play Saturday during cold and windy conditions.

Burns shot a 3-under 69 under much better conditions in the second round, going 4 under on the final seven holes thanks to an eagle 3 on the 532-yard, par 5 16th hole.

“I had to ask (caddie Travis Perkins) what day it was today,” Burns said after the second round was complete. “I really wasn’t even sure. It’s strange going from Thursday and not playing again until Sunday. Yeah, I’m excited for the next day and a half, I guess.”

Hoge could not match the brilliance of his 6-under 66 in the first round, but his 1-under 71 in the second round was still good enough to share the lead after a round that started in frigid conditions before warming in the afternoon.

“You know what, I think we definitely got the good end of the draw. That’s golf, I guess,” Hoge said about those who avoided playing Saturday. “It was certainly difficult out there still this morning. I felt there were a lot of challenging golf shots out there.”

Harold Varner III and South Africa’s Erik van Rooyen were tied for third place at 6 under. Varner shot his second consecutive 3-under 69 in the second round, while van Rooyen finished off a 5-under 67 on Saturday.

Monday is expected to be another busy day in the event widely considered by players as the top event outside of the four major tournaments. With the final six players scheduled to tee off for the third round after 5 p.m. ET Sunday, many of the leaders are expected to play more than 18 holes Monday.