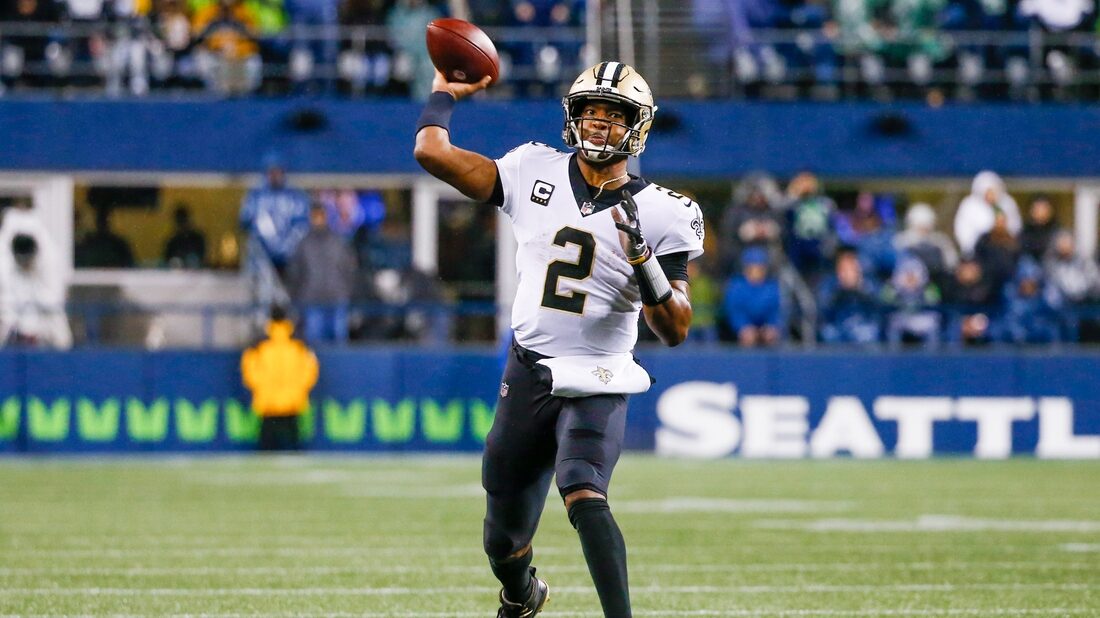 Winston started the first seven games for New Orleans last season before tearing the ACL in his left knee against the Tampa Bay Buccaneers on Oct. 31. He’s still rehabilitating from his injury but figures to draw a lot of interest when free agency starts on March 16.

“Hopefully we can get something done with one of the guys that’s available,” Loomis said at the NFL Combine in Indianapolis. “Jameis is certainly an option for us, and hopefully we’re an option for him as well. We’ll go through the process here and see what happens.”

Winston stepped in after Drew Brees retired following the 2020 season and threw for 1,170 yards and 14 touchdowns, with three interceptions, before being injured. The reduction in picks stood out after Winston tossed an NFL-worst 30 for the Tampa Bay Buccaneers in 2019 in his previous season as a starter.

The Saints own the #18 pick in the 2022 NFL Draft. They could look for a quarterback, but Loomis didn’t sound overly enthusiastic about that possibility.

“When you’re picking in the latter half of the draft, you just don’t know what’s going to fall to you #1, so it’s hard to target someone,” Loomis said. “Even if you decide you want to make a move forward, you’re limited in that — moving from where we’re at, at #18, into the top eight or 10 picks is really difficult, it’s expensive in terms of the draft capital that you have to give up. It can happen — it’s not impossible — but it’s pretty difficult to predict.”

It’s possible that no quarterbacks will be off the board when the Saints choose at #18, if they keep that draft position. Liberty’s Malik Willis, Pitt’s Kenny Pickett and Matt Corral of Mississippi are considered the top quarterback prospects. North Carolina’s Sam Howell could go late in the first round.

Nevada’s Carson Strong and Cincinnati’s Desmond Ridder could be available in the second round, when the Saints have the #47 overall pick.