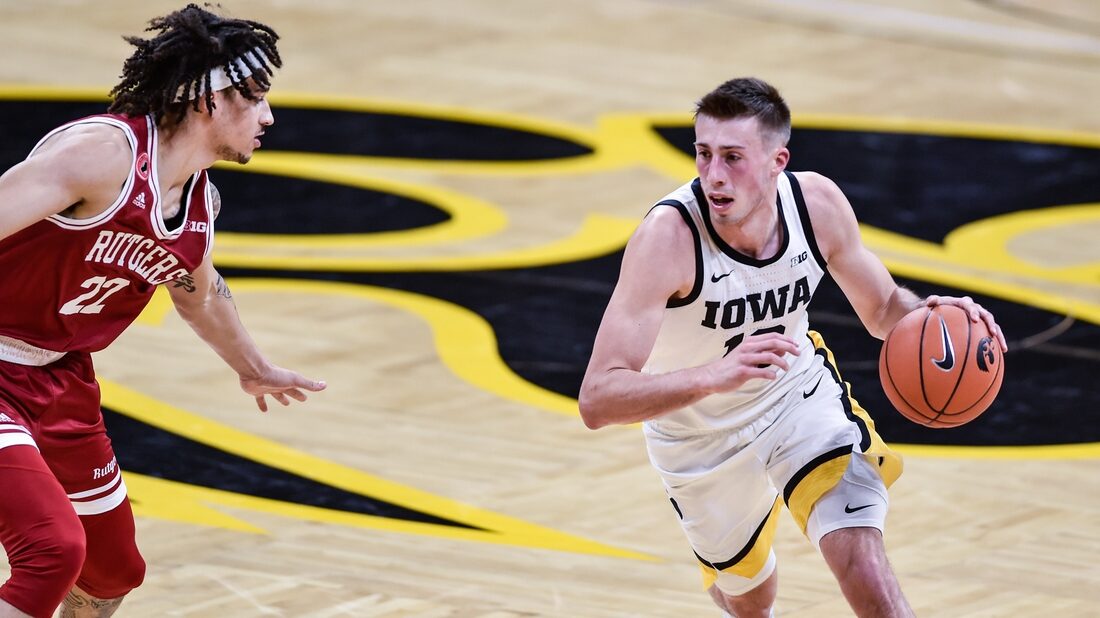 In 30 years of coaching, Rutgers coach Steve Pikiell says he&rsquor;s never seen a defensive player quite like his own Caleb McConnell.

If Thursday is any indication, McConnell and his Scarlet Knights teammates will have to be at their very best on the defensive end when they battle #24 Iowa on Friday in a Big Ten tournament quarterfinal matchup in Indianapolis.

That&rsquor;s because the fifth-seeded Hawkeyes (23-9) took a sledgehammer to the record book during their 112-76 blowout of Northwestern on Thursday.

Iowa became the first team to top the 100-point mark in a Big Ten tourney game, hitting 61.4 percent from the field and 65.5 percent of its 3-pointers. The Hawkeyes also set single-game records for 3-pointers (19) and field goals made (43).

“This is going to be a tough out for anybody,” Northwestern coach Chris Collins said of Iowa.

That&rsquor;s where McConnell and Rutgers enter the picture. McConnell was named the conference&rsquor;s Defensive Player of the Year, the first time a Scarlet Knights player won that award since they joined the Big Ten. He averaged 2.2 steals per game to lead the conference, collecting 21 in a five-game span when Rutgers toppled ranked foes Michigan State, Ohio State, Wisconsin and Illinois before falling to Purdue.

The Hawkeyes already have a glimpse into the kind of defense McConnell and the Scarlet Knights (18-12) can play. On Jan. 19, Iowa came into Piscataway, N.J. averaging over 86 points per game. It was held 40 points under that average in a 48-46 defeat, making only 27.9 percent of its field goals.

McConnell&rsquor;s statistical contributions were modest — 2-of-5 shooting, four points — but he did grab seven rebounds, make a steal and post two of his team&rsquor;s 10 blocked shots.

Rutgers edged Penn State 59-58 at home Sunday in its regular-season finale, avoiding what would have been a bad loss that might have damaged its chances for an NCAA Tournament at-large bid. Ron Harper Jr. leads the team in scoring at 15.7 ppg and also averages 6.0 rebounds.

Meanwhile, the Hawkeyes enter the game as the nation&rsquor;s fifth-highest scoring team. Keegan Murray leads the way at 23.4 ppg and did nothing to harm that average on Thursday, getting an easy 26 points to lead all scorers.

“We can&rsquor;t play much better than we played today, obviously,” he said. “Everything was clicking, our offense was really good. I think early on, our rebounding, especially on the offensive glass, that was critical. A lot of great play from a lot of different people. Hopefully, that will continue.”

Super-senior guard Jordan Bohannon added 17 points, bringing him within eight of the 2,000-point mark for his six-year college career. He averages 11.1 ppg.