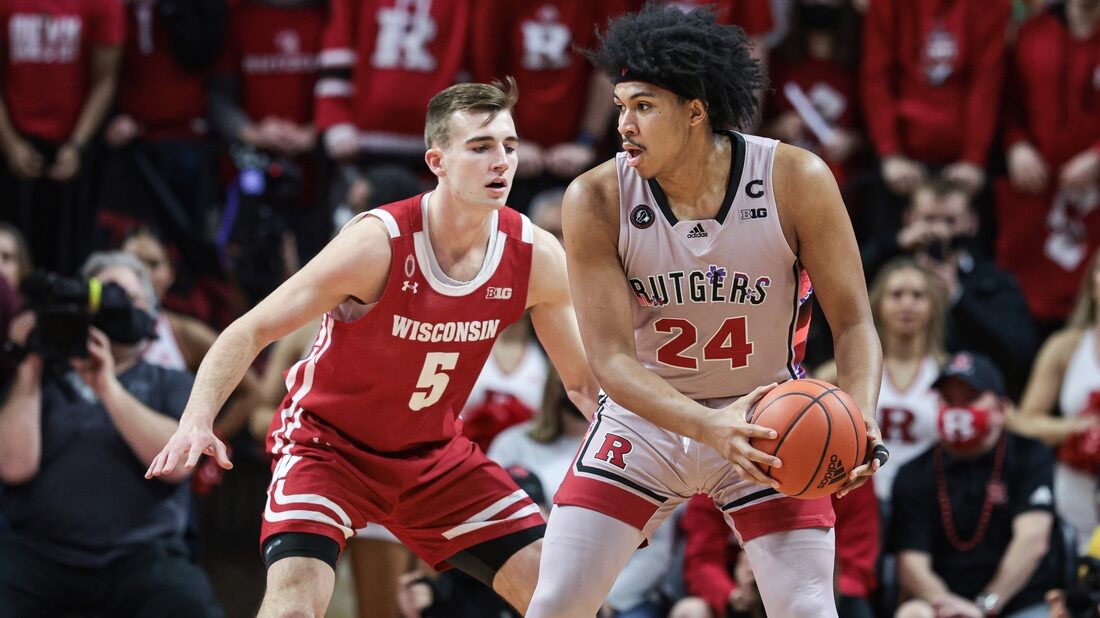 Rutgers will seek to end a memorable regular season with one more home win when it faces Penn State on Sunday afternoon in Piscataway, N.J.

The Scarlet Knights (17-12, 11-8 Big Ten) are coming off their sixth Quadrant 1 win of the season, and their second decided by a Ron Harper Jr. 3-pointer in the final seconds.

“He just has gotten better his whole career and wants to take those shots,” Rutgers coach Steve Pikiell said. “Felt really comfortable, too. I had a timeout I could’ve used, but I felt good and he liked the matchup, too.”

After a rough start to the season with three bad nonconference losses, Rutgers forced its way onto the NCAA Tournament bubble in February with four straight wins over Top 25 teams. Now it has an outside chance at the #4 seed in next week’s Big Ten Tournament; it must beat Penn State (12-15, 7-12) and have #23 Ohio State and #24 Iowa lose their finales.

The Nittany Lions won’t be dancing in their first year under coach Micah Shrewsberry. They’ve lost three of their past four games, including a close 60-55 defeat to #20 Illinois on Thursday.

Shrewsberry was much happier with that performance after Penn State’s previous loss, a 93-70 blowout to last-place Nebraska.

“Who we were tonight, that’s us,” Shrewsberry told reporters. “That’s how we play. That’s how we fight. We wanted to make it as hard as possible (defensively). You have to choose, you have to pick your poison.”

Jalen Pickett is Penn State’s leading scorer at 13.0 points per game, while John Harrar averages a double-double with 10.4 points and 10.0 rebounds per contest. Harper guides Rutgers with averages of 15.8 points and 6.1 rebounds.

Penn State handled Rutgers 66-49 on Jan. 11 in their first meeting of the season. The Nittany Lions outshot the Scarlet Knights 43.3 percent to 33.9 percent and won the battle on the glass 41-33.

But that was in University Park, Pa. Rutgers is 13-3 at home this season and Penn State is a meager 1-9 on the road, the worst mark in the Big Ten.