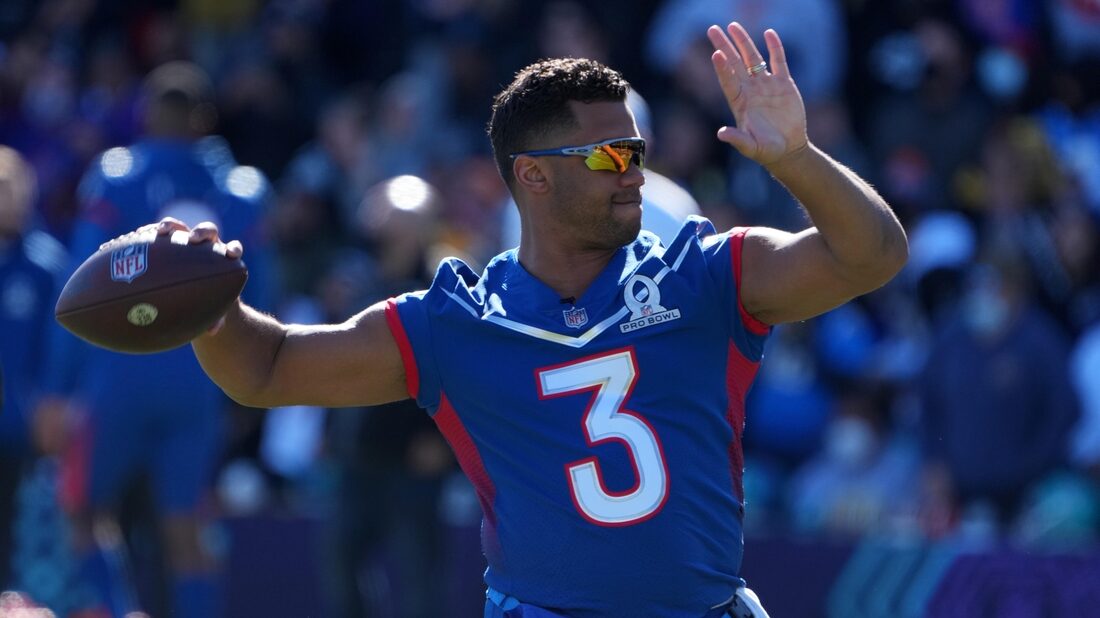 Russell Wilson didn’t keep his intentions a secret on Wednesday during his introductory press conference as the Denver Broncos’ new quarterback.

“My goal is to play 10 or 12 more years and hopefully win three, four more Super Bowls, that’s the plan,” Wilson said. “That’s the mindset. That’s why I came here, to finish my career here and hopefully finish on top as a champion. And do it multiple times.”

After spending the first decade of his NFL career in Seattle, the nine-time Pro Bowler waived his no-trade clause last week and the Seahawks shipped him off to Denver. In exchange for the Wisconsin product, the Seahawks received five draft picks — including first-rounders this year and next — and tight end Noah Fant, defensive end Shelby Harris and quarterback Drew Lock.

The deal was finalized Wednesday as the new NFL year began.

Bringing in a talented veteran quarterback is familiar territory for the Broncos. Back in 2012, they signed Peyton Manning to a five-year deal. Manning guided Denver to a pair of Super Bowl appearances, winning one after the 2015 season. In Manning’s first Super Bowl appearance with the Broncos, they were on the wrong side of a lopsided loss to Wilson’s Seahawks following the 2013 season.

Wilson said he talked to Manning before waiving his no-trade clause.

“I think the biggest thing he told me was that this is a winning organization,” Wilson said. “That was the biggest thing. Obviously, you know that from an outside perspective, but when you’re in it, living in it every day, as a quarterback, as someone people look to lead, you want to make sure you can answer that question. And he said without a doubt he loved it here, he still lives here today.”

Wilson called the trade a “mutual decision” between him and the Seahawks, and he thanked Seahawks coach Pete Carroll and general manager John Schneider plus the Seattle fans during his remarks.

Denver is coming off a 7-10 season, its fifth straight year with a losing record.

Broncos general manager George Paton said Wednesday that Wilson was the team’s “#1 target” and the Broncos were “going to do anything it took to get Russ.”

Wilson, 33, ranks 15th all-time in passing touchdowns entering this next season with 292. His career passer rating of 101.8 is fourth best all-time.