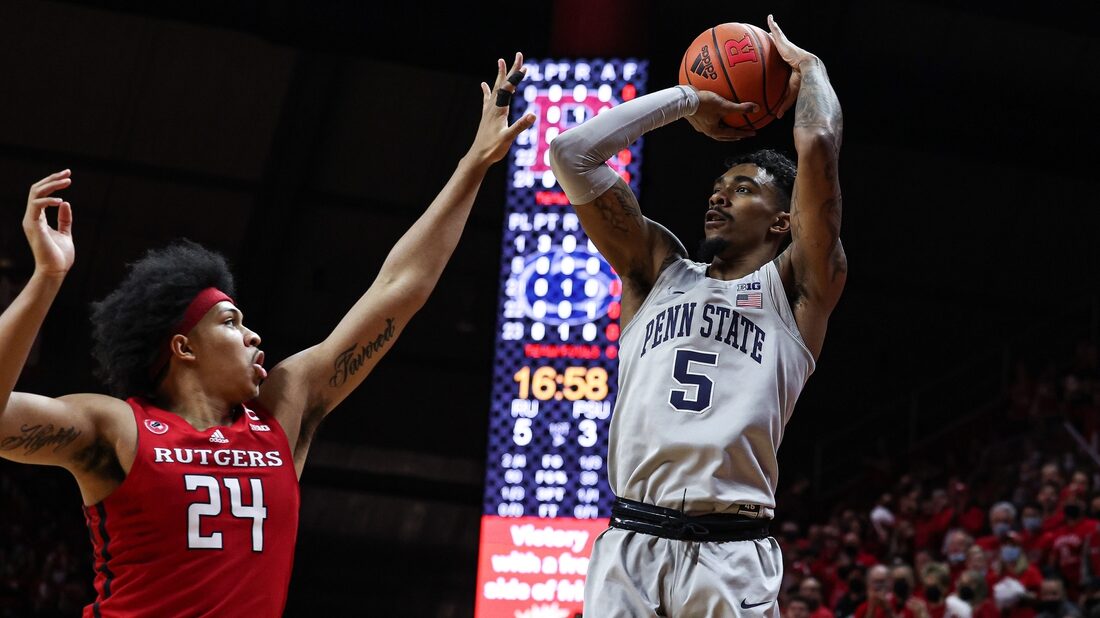 Penn State&rsquor;s Seth Lundy led all scorers with 20 points and John Harrar put up 15 points and 17 rebounds to lead a late comeback charge that fell a point short.

Rutgers (18-12, 12-8 Big Ten) led by as many as 15 points in the second half, but the Scarlet Knights&rsquor; shooting went cold in the final five-plus minutes. Harrar and Lundy combined to create a 9-0 Penn State run that tied the game at 55 with two minutes to play.

Harper made one of two free throws to push Rutgers ahead. The Scarlet Knights got a stop at the other end and Caleb McConnell made two foul shots. Penn State&rsquor;s Greg Lee missed a 3-point attempt and Geo Baker recovered and made one of two at the line.

Sam Sessoms drilled a 3 with 11 seconds to make it 59-58 Rutgers. The Scarlet Knights turned the ball over on an inbounds pass, giving Penn State a chance to win, but Sessoms was off the mark.

The Nittany Lions (12-16, 7-13) closed their regular season on a three-game losing streak and will be the #11 seed in the Big Ten Tournament.

The Nittany Lions managed to stay close with free throws, but they missed 16 of their first 19 field goals and at one point went 6:35 between making shots.

Consecutive fast-break dunks by McConnell and Harper restored Rutgers&rsquor; double-digit lead, and the Scarlet Knights were up 29-21 at halftime. Penn State shot just 5 for 28 from the floor for the half and scored 10 of its points at the foul line.

The Scarlet Knights scored the first seven points of the second half to grab their largest lead, 36-21. They would hold a double-digit advantage until Penn State found its outside shooting stroke.

A quick 7-2 run aided by Jalen Pickett&rsquor;s trey brought the Nittany Lions within 51-43 with 7:55 to play. Myles Dread then cut it to 53-46 with a 3-pointer that narrowly beat the shot clock.