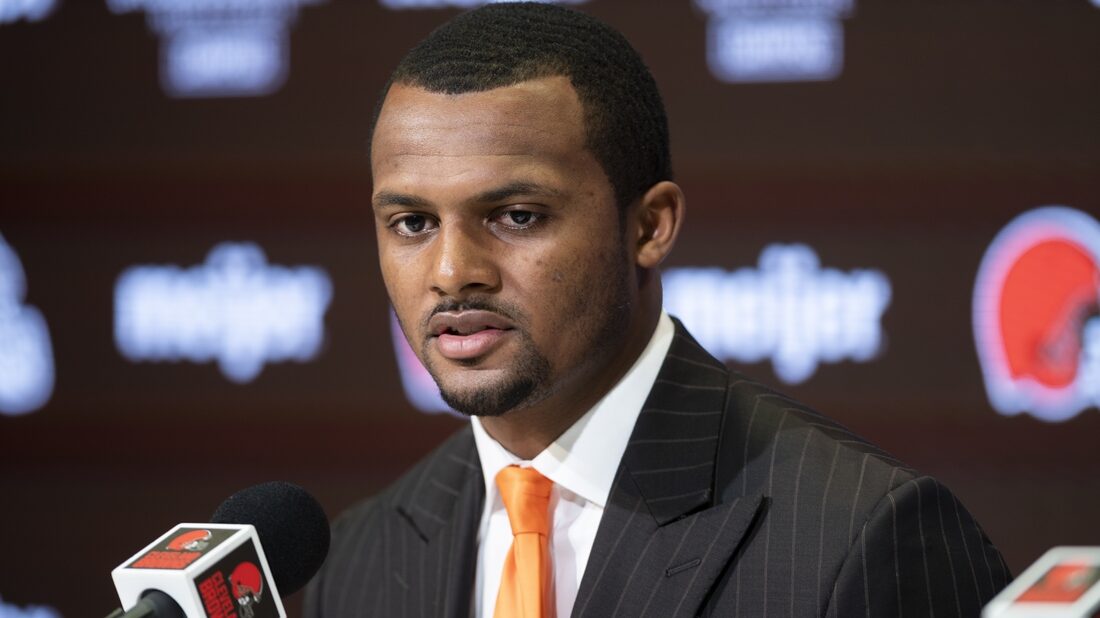 NFL commissioner Roger Goodell said Tuesday that Cleveland Browns quarterback Deshaun Watson is not likely to be placed on the commissioner’s exempt list while his civil-court accusations of sexual misconduct are resolved.

A grand jury in Harris County, Texas, did not indict Watson earlier this month, dismissing nine criminal complaints based on a lack of enough evidence. Watson still faces accusations by 22 women in civil court.

Before his trade to the Browns, Watson was inactive for all 17 of the Houston Texans’ games in 2021. He had demanded a trade before the accusations against him became public, the Texans chose not to suspend him and Goodell declined to put him on the commissioner’s exempt list, a tool within the personal conduct policy which essentially places a player on paid administrative leave.

Speaking to reporters Tuesday at NFL annual meetings in Palm Beach, Fla., Goodell said the resolution of Watson’s situation on the criminal side meant he would not use the exempt list in 2022, just as he hadn’t in 2021.

“I think we were very clear over the last year that the civil cases were in play over the last year were also — the only thing that’s changed is the criminal element has been at least resolved,” Goodell said. “And that was an important element in the context of the commissioner’s exempt (list) that we’ve discussed with our players association. That was important. If the criminal had proceeded, that would more likely have triggered the commissioner’s exempt. I think at this point, a civil case in and of itself would not do that.

“If there’s a violation of the personal conduct policy, that may trigger something, but that would more likely trigger some kind of discipline in some fashion.”

The contract extension Watson signed with the Browns appears to prepare for the likelihood that he’ll miss some part of 2022 serving a suspension. Though he signed for a record $230 million guaranteed, his base salary in 2022 — the figure that would be affected by a suspension or fine — is only $1 million.

In this article:cleveland browns, Deshaun Watson