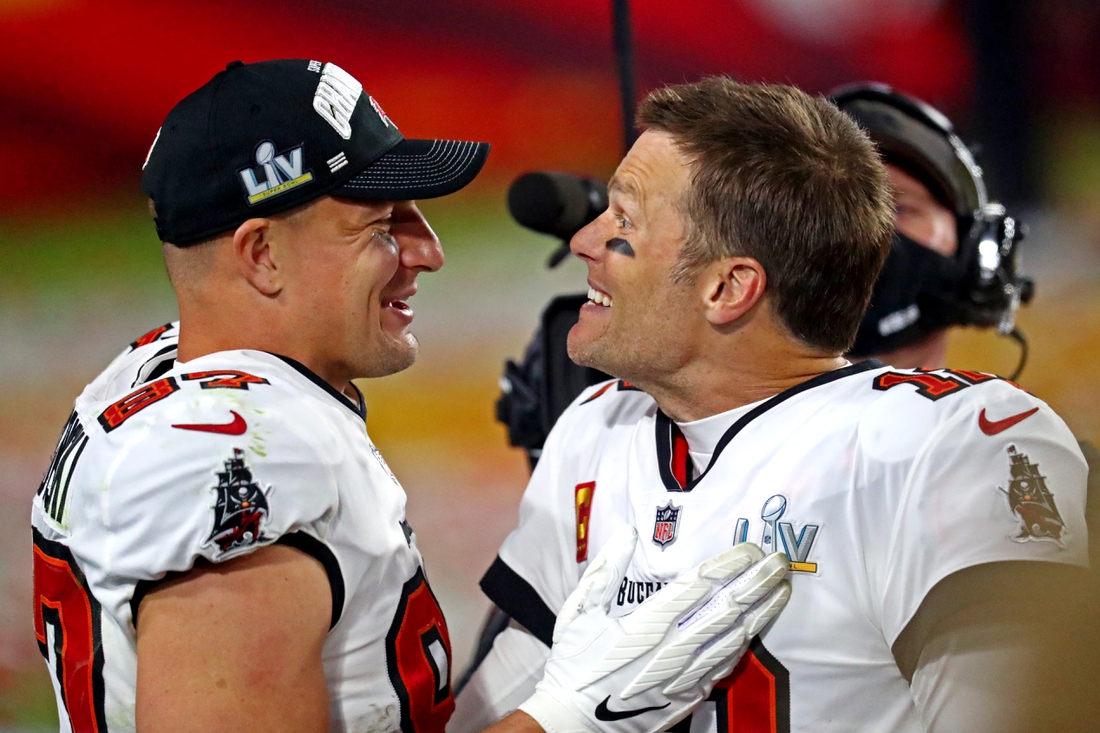 Free agent tight end Rob Gronkowski said he still isn’t sure about his plans for the upcoming season.

Gronkowski, who retired once before, sat out the 2019 season before returning to play the past two seasons with longtime teammate Tom Brady and the Tampa Bay Buccaneers.

The two won a fourth Super Bowl together after the 2020 season but fell short of the goal in 2021 by losing in the NFC Divisional playoffs.

The five-time Pro Bowl selection said he won’t do anything halfway.

“Even in your 30s, I mean, you just can’t just slack it and just be 50 percent all-in, then you’re going to get caught off with the game and it’s going to just spit you right out,” Gronkowski said. “You’ve got to be fully dedicated. I’m not ready to do that yet, I’m not going to sign a contract if I’m not fully ready.”

In 143 career games, Gronkowski has 621 receptions for 9,286 yards with 92 touchdowns. He has been selected as a first-team All-Pro four times and ranks third all-time in TDs among tight ends.