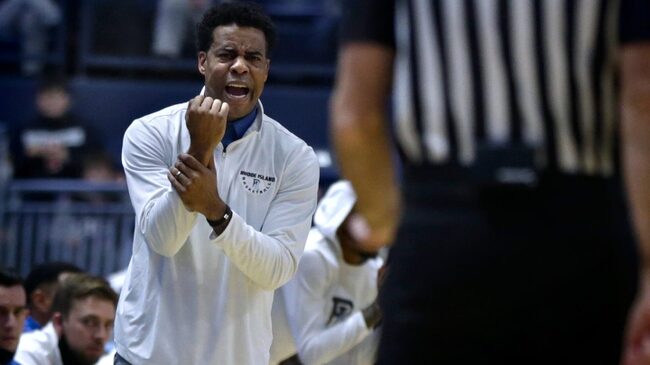 Rhode Island fired coach David Cox one day after the Rams’ season ended with a 64-59 loss to Richmond in the second round of the Atlantic 10 tournament.

“This is not a decision I take lightly, but a change is necessary,” Rhode Island athletic director Thorr Bjorn said in a statement on Friday. “I have tremendous respect for David, and I wish nothing but the best for him and his family.”

Cox was an assistant coach on the Rhode Island before being promoted to head coach after Dan Hurley departed for UConn following the 2017-18 season.

“Today is a tough day, as I have been informed by Administration that I will not return as the head coach at URI,” Cox said in a statement. “It is disappointing news as I had hoped and expected to return to finish the job I started four years ago. But I respect the decision and I’m grateful for the opportunity.

“I have learned quite a bit in the eight years I’ve spent at Rhode Island. I am certain that I will grow from those experiences.