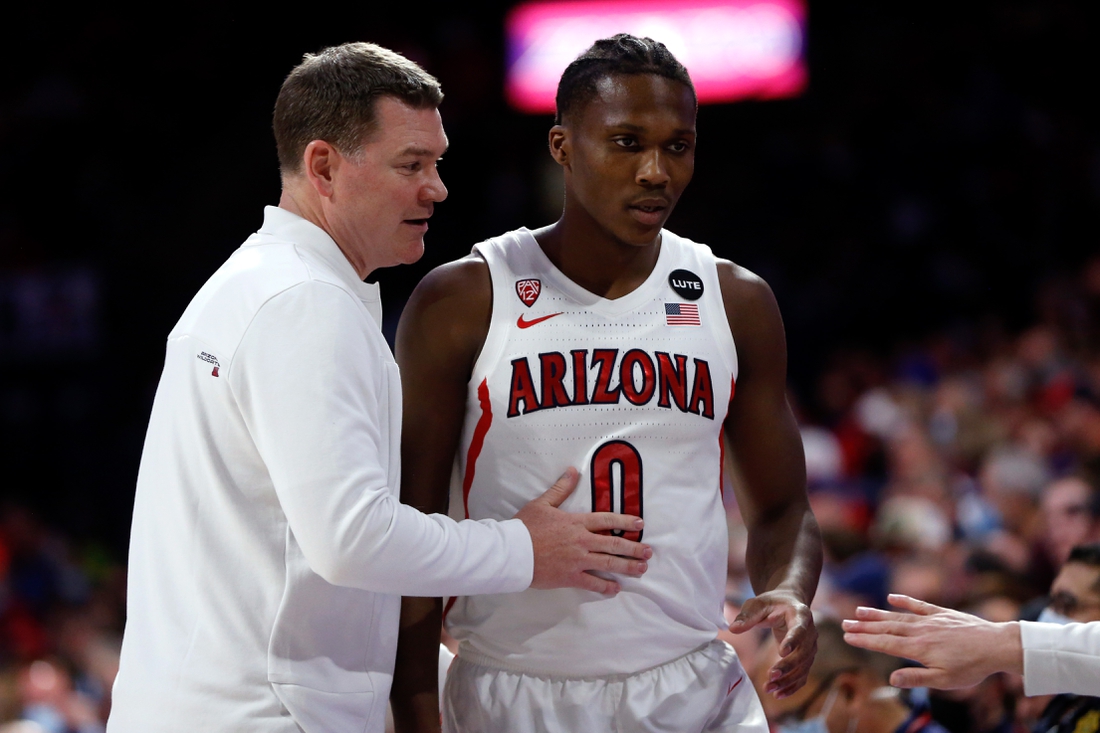 Arizona used to reside in the small circle of elite men’s basketball programs and can prove it by hauling out the 1997 national championship trophy.

Twenty-five years later, the top-seeded Wildcats are back on the short list of teams capable of winning the NCAA Tournament title. They get started on that task when they face 16th-seeded Wright State in the first round of the South Regional on Friday at San Diego.

While Arizona’s return to prominence is one of the main headlines of the 2021-22 season, it also has sportsbooks nervous.

They are 21.5-point favorites against Wright State at FanDuel, where the spread action has been split. Then again, that’s the spread-line action. Arizona’s moneyline has still drawn nearly half the money wagered despite being set at -7000.

The Wildcats (31-3) won the Pac-12 regular-season and conference tournament championships and have reclaimed a spot in the national landscape. Arizona is a #1 seed for the seventh time in program history.

The next task is making a run in the NCAA Tournament in the program’s first appearance since 2018. Fourth-seeded Arizona was badly embarrassed in the first round that year by 13th-seeded Buffalo, 89-68.

That shellacking has long ago been placed in the memory books, and former Gonzaga assistant Lloyd is focused on continuing this season’s rise and reminding folks that he is no novice.

“I have a certain way that I’m comfortable doing things,” Lloyd said this week. “It was my first year as the head coach, but I’ve been in it for 22 years. This is my 23rd year. I have a way my mind works with it, and so I try to make sure that we’re kind of doing things that are going to work in my mind, but we work independently, too.”

No Pac-12 team has won the national crown since those 1997 Wildcats coached by legendary Lute Olson. Arizona has reached the Final Four on four occasions, but the most recent time was 2001 under Olson.

The Wildcats look to make a run behind second-team All-American and Pac-12 Player of the Year Bennedict Mathurin. The Wooden Award finalist leads Arizona in scoring (17.4 points per game) and also contributes 5.6 rebounds while knocking down 74 3-pointers.

Kriisa missed the Pac-12 semifinals and the title-game victory over UCLA after injuring an ankle in the quarterfinals against Stanford. He insisted earlier this week that he will play on Friday.

“You got to believe, and I’m believing and everything is going in a good direction right now,” Kriisa said Tuesday.

Wright State (22-13) notched a 93-82 victory over Bryant in the First Four on Wednesday night at Dayton, Ohio. It marks the Pirates’ first win in four NCAA tourney games.

Tanner Holden poured in 37 points on 11-of-15 shooting and also collected 11 rebounds to lead the Raiders. He fell one point shy of his career high.

Holden, who averages 20.3 points per game, said the Raiders aren’t expecting their season to conclude on Friday.

“I feel like Arizona is predicted to win in a lot of brackets, so it will definitely be a fun matchup for us,” Holden said after his team’s sixth straight victory. “And I feel like stick to our principles that we’ve done all year that got us the wins on the defensive end. Offense will come and go. But if our defense is solid, we’ll definitely make it a game.”