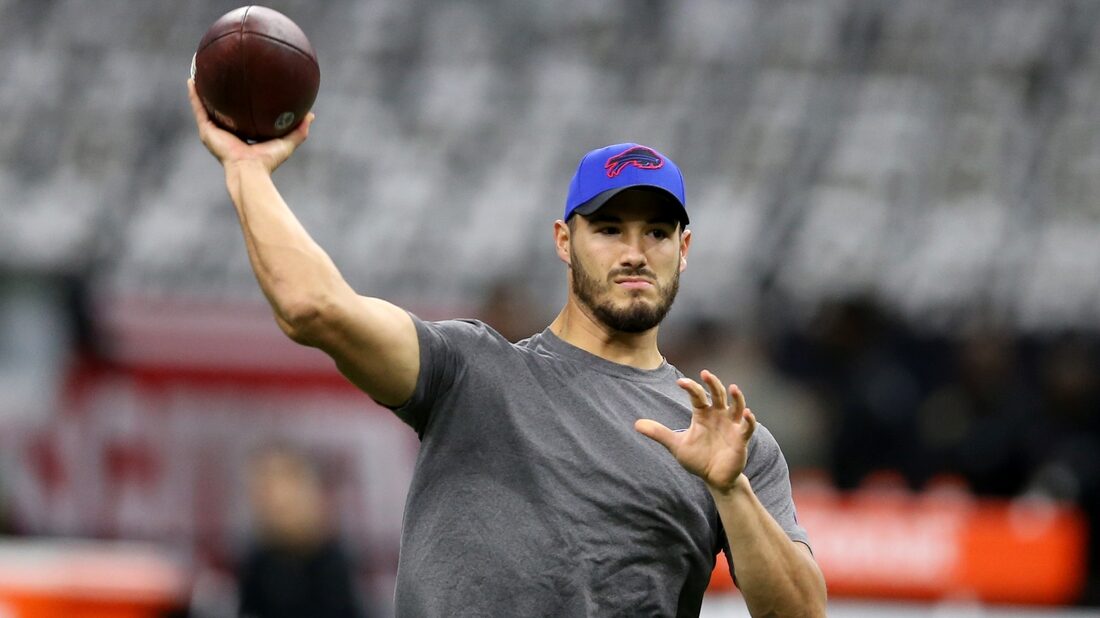 Free agent quarterback Mitchell Trubisky agreed to a two-year contract with the Pittsburgh Steelers on Monday in the first hour of the NFL negotiating window.

According to multiple reports, Trubisky is signing with the expectation he’ll be the starter for the Steelers, who are set to begin the post-Ben Roethlisberger era in 2022. Roethlisberger retired after the 2021 season and spent his entire career with the franchise.

It’s the second shot at a starting job for Trubisky, 27.

The #2 overall pick in the 2017 NFL Draft by the Chicago Bears, Trubisky played 51 regular-season games with the franchise but was let go after four seasons.

Trubisky is 29-21 as a starter in five total seasons.

He signed a one-year deal with the Buffalo Bills in free agency last season.

Roethlisberger completed 64.4 percent of his passes for 64,088 yards and 418 touchdowns in 249 career games, 247 of them starts for the Steelers. He led the Steelers to 41 fourth-quarter comebacks and 53 game-winning drives in his career.

He retired with a record of 165-81-1. Roethlisberger was the 2004 NFL Offensive Rookie of the Year and a two-time Super Bowl champion.