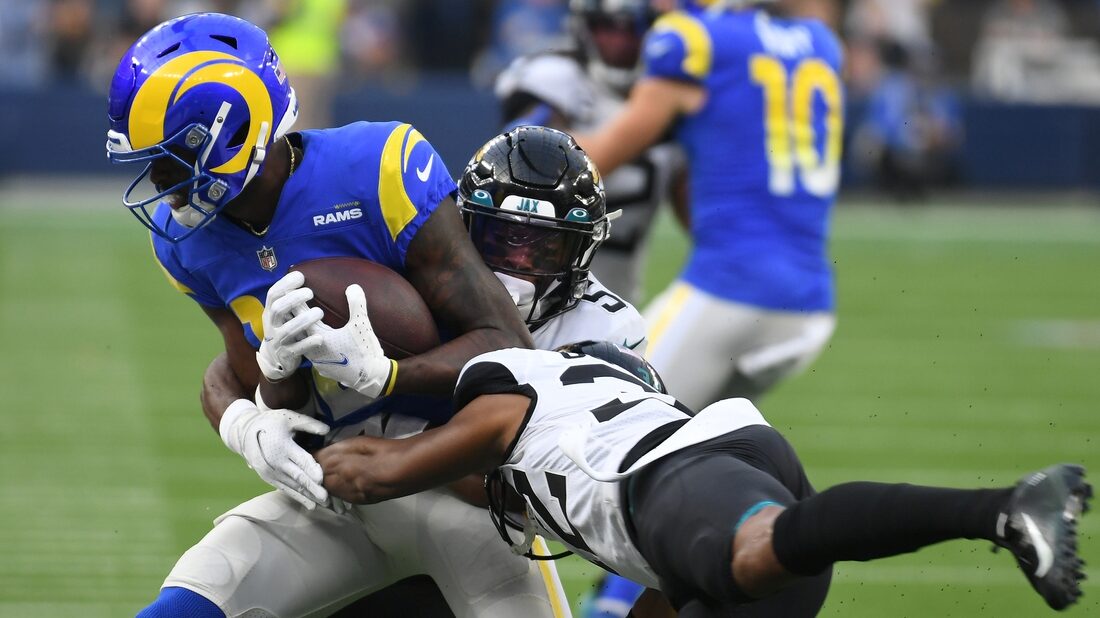 The Tennessee Titans have acquired veteran wide receiver Robert Woods from the Los Angeles Rams in exchange for a sixth-round draft pick, according to multiple reports on Saturday night.

Woods, 29, suffered a torn ACL in his left knee at practice Nov. 12, the same day the Rams acquired Odell Beckham Jr., who later suffered the same type of injury when the Rams defeated the Cincinnati Bengals in Super Bowl LVI.

The Titans were looking for receiver help after recently parting ways with Julio Jones after one disappointing season.

A large cap number also may have been a factor for Los Angeles being willing to make the deal, as Woods has four years remaining on a deal that averages $16.25 million in base salary. However, the Titans can terminate the contract after two seasons without incurring any dead money against their cap.

Woods recorded three straight seasons with at least 86 receptions for the Rams, including an 86-catch, 1,219-yard breakout campaign in 2018.

After being drafted by the Buffalo Bills in the second round of the 2013 NFL Draft, Woods saw regular action for the Bills through four seasons before joining the Rams as a free-agent signing in 2017.

Overall, he is 23rd among active players with 570 catches. He has 7,077 yards and 35 touchdowns over a nine-year career.

NFL Network is also reporting the Rams are interested in bringing Beckham back in 2022.