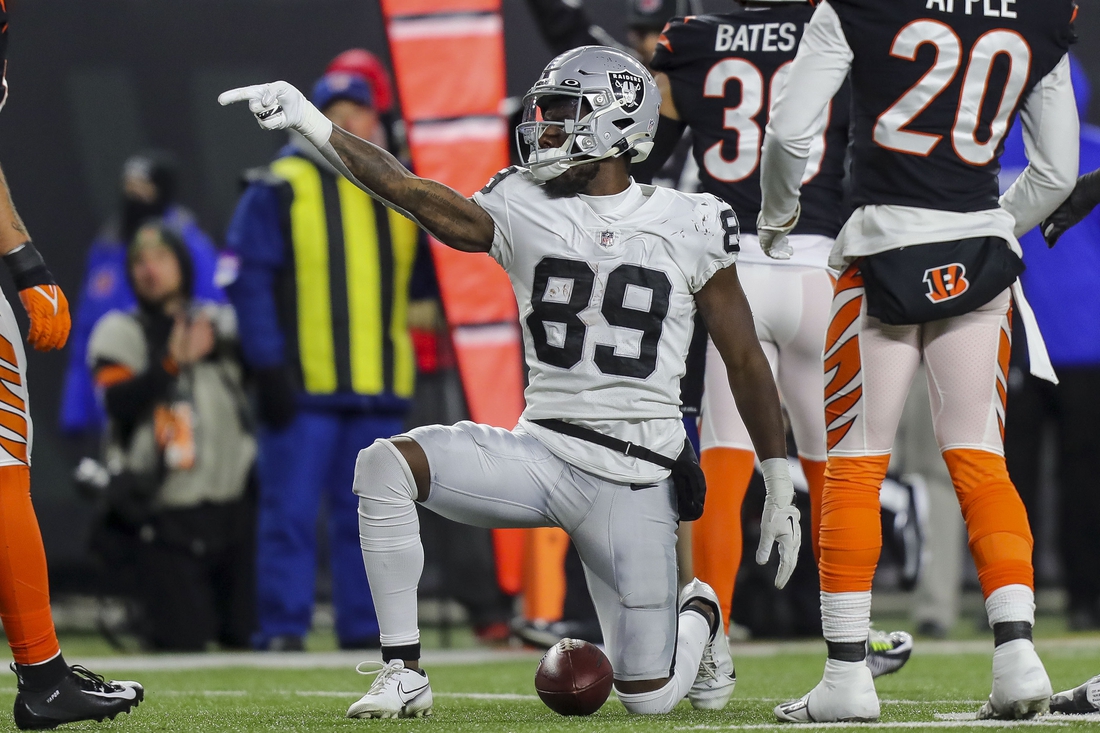 The Raiders also sent a 2023 seventh-round pick to Atlanta in exchange for a 2023 fifth-round selection.

The Raiders still have plenty of targets for quarterback Derek Carr. They acquired All-Pro wideout Davante Adams in a trade with the Green Bay Packers in March, while Hunter Renfrow is coming off a 103-catch, 1,038-yard season in 2021. Tight end Darren Waller has 252 receptions for 3,006 yards in the past three seasons.

The Falcons are trying to make up for the loss of receiver Calvin Ridley, suspended for the 2022 season for betting on NFL games. Atlanta took Southern California&rsquor;s Drake London with the #8 overall pick in last month&rsquor;s draft.