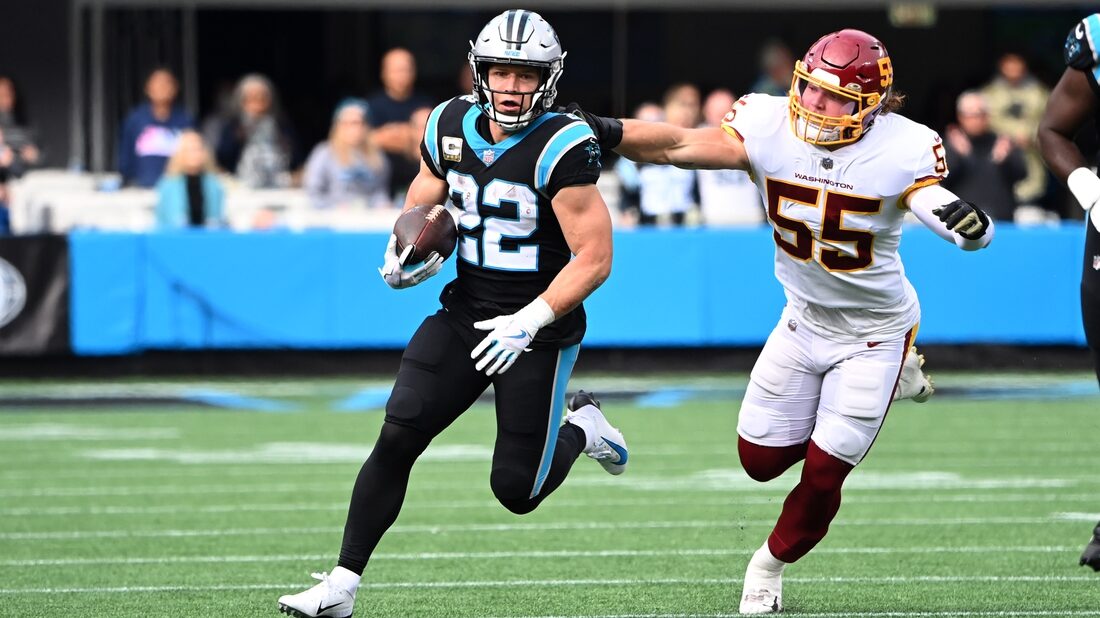 The Carolina Panthers have fielded calls from multiple teams inquiring about the availability of star running back Christian McCaffrey, CBS Sports and ESPN reported.

The Panthers were not actively shopping McCaffrey, but they told teams they would want a first-round draft pick and a player in return, per the reports.

Carolina selected McCaffrey with the eighth overall pick in the 2017 draft and rewarded him with a four-year, $64 million contract extension in April 2020.

But injuries slowed down the dynamic offensive weapon ever since signing that extension. McCaffrey ended each of the past two seasons on injured reserve and played in just 10 total games due to ankle, shoulder and hamstring injuries in the 2020 and 2021 seasons.

In five seasons with the Panthers, McCaffrey has played 58 games (52 starts), ran for 3,587 yards and 30 touchdowns and caught 357 passes for 3,015 yards and 17 more touchdowns. He was an All-Pro selection and placed third in voting for Offensive Player of the Year in 2019, when he led the NFL with 2,392 yards from scrimmage and 19 total touchdowns.