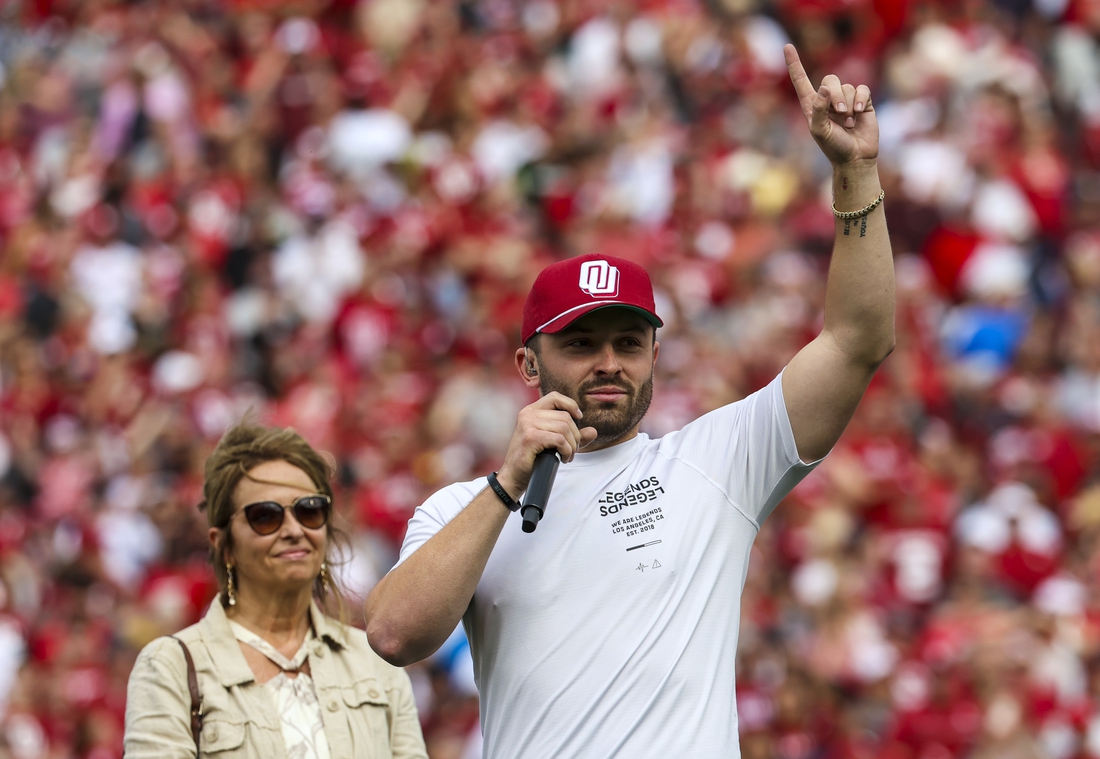 If the Carolina Panthers acquire Baker Mayfield from the Cleveland Browns, the deal would come after the completion of the 2022 NFL Draft.

NFL Network and ESPN reported on Monday that the Panthers are focusing solely on this week’s draft and will re-engage the Browns on any possible Mayfield deal in May.

The Panthers might have shown their cards last week when offensive coordinator Ben McAdoo said Sam Darnold is the starter in Carolina. McAdoo attempted to walk back the comments in the same press conference, then repeated his belief that Darnold was the best man for the job and one of the reasons he accepted the Panthers’ offer to run the offense.

Darnold was acquired prior to the 2021 draft from the Jets and went 4-7 as the starter last season, his first in Carolina. He threw nine touchdowns against 13 interceptions. Darnold spent his first three seasons in New York after the Jets selected him #3 overall in the 2018 draft.

Mayfield became expendable when the Browns traded for Houston Texans quarterback Deshaun Watson. Mayfield said recently he felt “disrespected” by the Browns, who said publicly and privately they were committed to Mayfield, who was selected first overall and two picks before Darnold in 2018.

Asked where he felt he might end up this season, Mayfield said, “No clue. Maybe Seattle.”

In this article:Carolina Panthers, Houston Texans