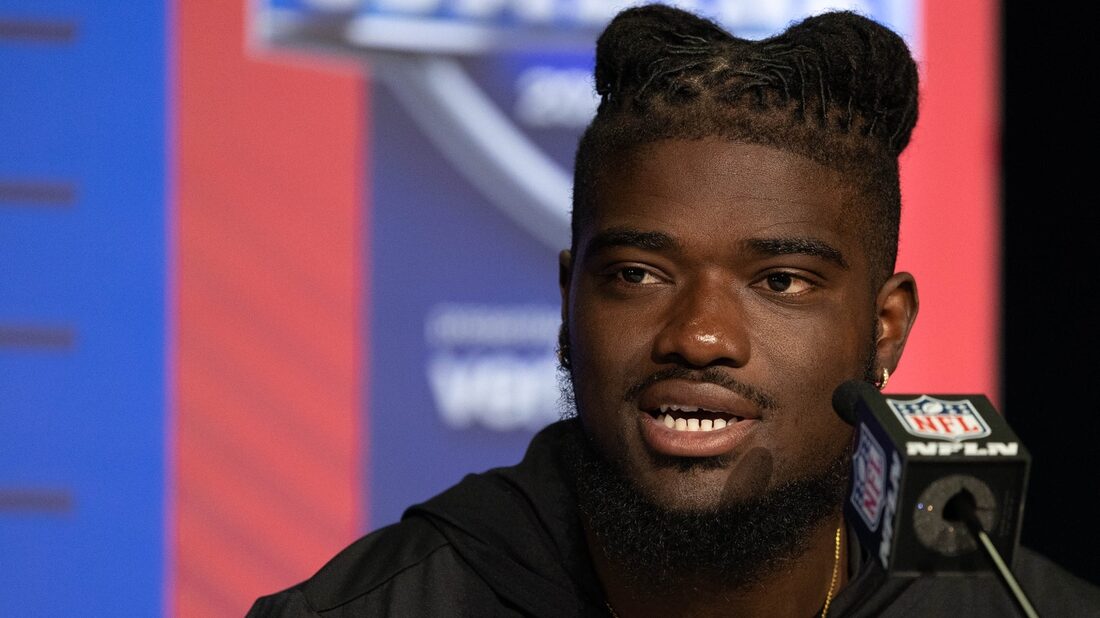 Per ESPN, Ojabo is expected to return to play in approximately six months. A September return means he would miss the first few weeks of the regular season.

Ojabo, who is regarded as a potential first-round pick in the 2022 NFL Draft, clutched his leg during a pass-rush drill and needed assistance to exit the field in Ann Arbor, Mich.

The 6-foot-5, 250-pound junior took to Twitter to deliver a message to his fans.

“God got me!! ima be back stronger than ever (heart emoji) all part of my story,” he wrote.

Ojabo registered 11 sacks and five forced fumbles this season as the Wolverines advanced to the College Football Playoff.

Raised in Aberdeen, Scotland, Ojabo didn’t start playing football until his junior year of high school after moving to the United States.

He did not appear in any games for Michigan as a freshman in 2019 and registered just one tackle in six games in 2020.