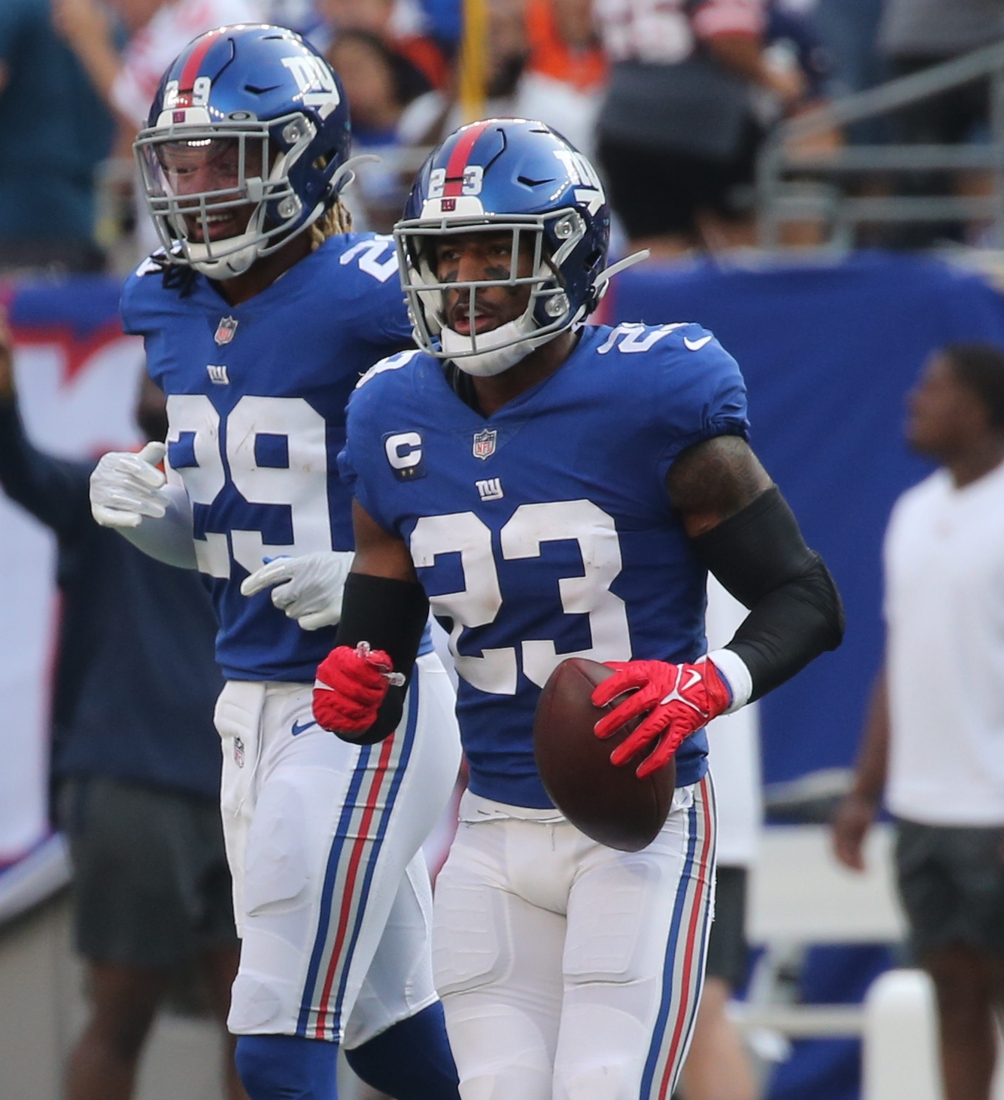 Tampa Bay Buccaneers cornerback Logan Ryan filed a grievance against his former team, the New York Giants, over a portion of his 2021 salary he believes should have been guaranteed, The Athletic and ESPN reported Friday.

Ryan, 31, had $5.5 million of his salary fully guaranteed and $8.5 million guaranteed for injury. Ryan had surgery on his finger in the offseason, and the Giants released him after the surgery, per the reports.

Ryan believes that entitles him to the $3 million difference between the guarantees.

The veteran played 15 games (all starts) for New York in 2021, compiling a career-high 117 tackles, eight pass breakups, two forced fumbles, one fumble recovery and one sack. He was a defensive captain for the Giants.

After he was released last month, Ryan signed with the Buccaneers, re-joining Tom Brady after they were teammates in New England from 2013-16.

Ryan said in his introductory press conference in Tampa Bay that his release from the Giants “wasn’t my call.”

In nine seasons with the Patriots, the Tennessee Titans (2017-19) and the Giants, Ryan has totaled 705 career tackles, 18 interceptions, 95 pass breakups, 14 forced fumbles and 13 sacks while spending time at both cornerback and safety.