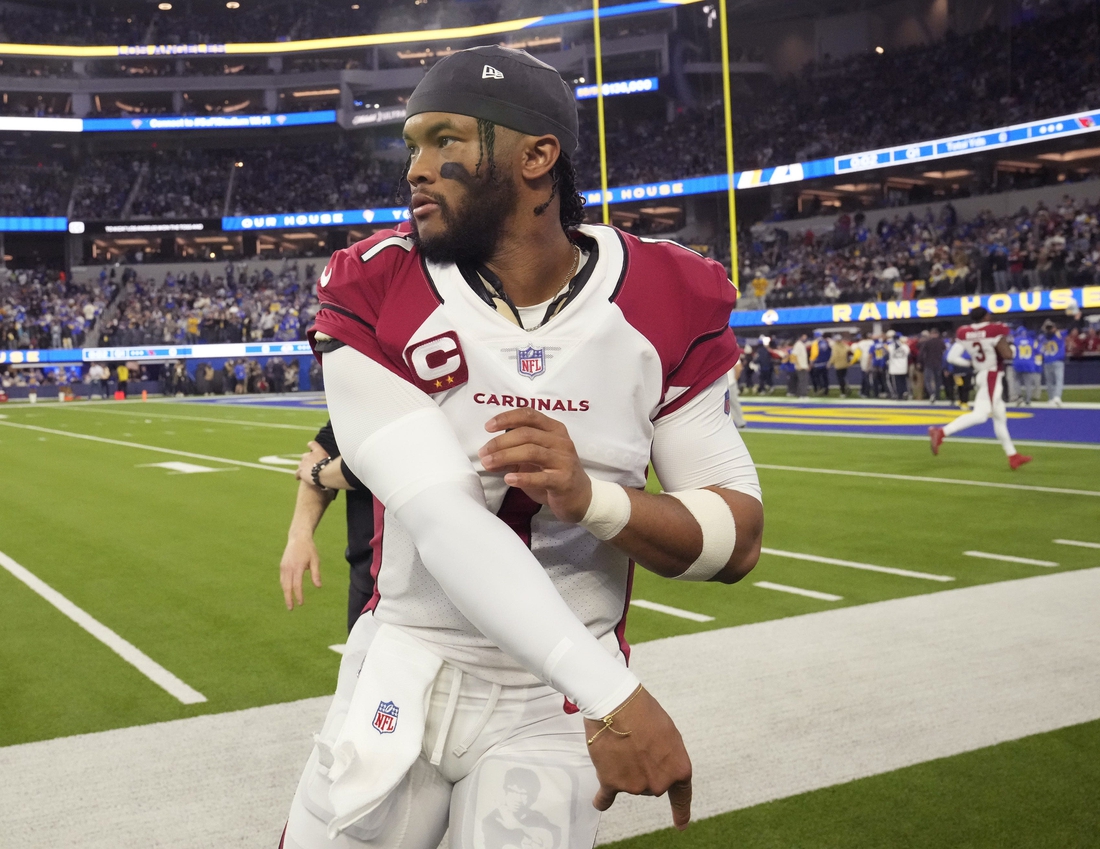 Quarterback Kyler Murray’s quest for a new contract with the Arizona Cardinals has taken a turn, with NFL Network reporting Thursday that agent Erik Burkhardt has revoked his opening proposal.

The Cardinals have yet to make Murray an offer.

Thursday’s report speculated that it would be a “surprise” if Murray played next season under his current deal, which calls for him to be paid $5.5 million in 2022.

Sports Illustrated added that Murray’s camp sees the draft — which begins two weeks from Thursday — as a deadline for a new deal.

Drama began to boil over in February when Murray scrubbed all references to the team from his social media. He later spoke out in order to call reports of a fracturing relationship “nonsense” and said he only wanted to win championships.

But two weeks later, Burkhardt published an all-caps open letter to the Cardinals that clocked in longer than 1,000 words, detailing that Murray deserved a long-term contract after three NFL seasons.

According to Burkhardt, the offer he made “provides financial protection, is in line with the current QB market that compares his results alongside relevant comps, lowers his 2022-23 salary cap number to allow the Cardinals to re-sign other deserving teammates and add additional free agents and, most importantly, represents a real commitment from the organization to see if their ultimate goals align.”

That offer, though, is reportedly off the table. This offseason, four more quarterbacks — Aaron Rodgers, Matthew Stafford, Deshaun Watson and Derek Carr — signed extensions or new deals worth more than $40 million per year. Kirk Cousins, extended in Minnesota, is scheduled to average $35 million.

Murray is scheduled to make about $5.5 million in 2022, the fourth year of his rookie contract.

In 46 starts over three seasons, Murray has thrown for 11,480 yards, 70 touchdowns and 34 interceptions while completing 66.9 percent of his passes. He has added 1,786 rushing yards and 20 touchdowns on the ground, won Offensive Rookie of the Year in 2019 and was named to the last two Pro Bowls.

In his playoff debut the past season against the eventual champion Los Angeles Rams, Murray went 19-for-34 for 137 passing yards and two interceptions in a 34-11 loss. ESPN later reported that the Cardinals wanted Murray to improve as a leader, with anonymous sources describing him as self-centered and a finger-pointer.

In this article:Arizona Cardinals, Deshaun Watson