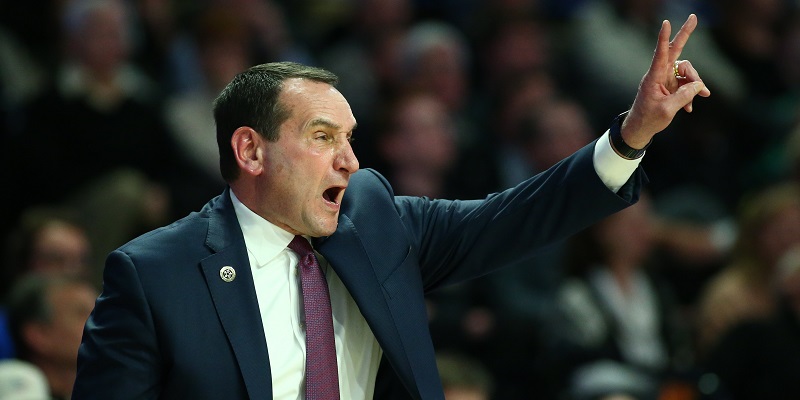 Duke’s Mike Krzyzewski, who has won more games than any coach in men’s college basketball history, reportedly will retire after the 2021-22 season.

Stadium on Wednesday reported both Krzyzewski’s intentions to depart and that associate coach and former Blue Devils guard Jon Scheyer will be a leading candidate for the position. ESPN reported that Scheyer will be named “coach-in-waiting.”

Krzyzewski, 74, has recorded 1,170 victories and five national championships during a coaching career that began at Army in 1975. He posted a 73-59 record during his five years with Army before joining Duke for the 1980-81 season.

A three-time Naismith College Coach of the Year and five-time ACC Coach of the Year, Krzyzewski was enshrined in the Basketball Hall of Fame in 2001. He also coached the United States men’s national team to three Olympic gold medals (2008, 2012, 2016).