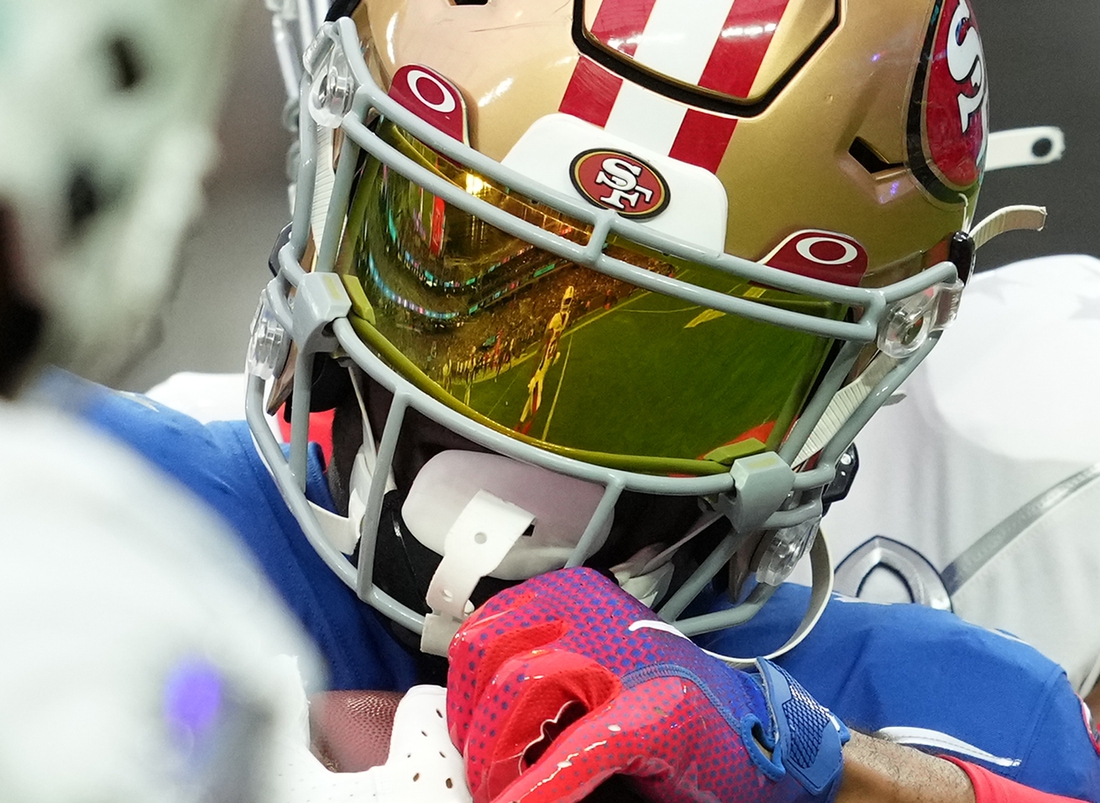 Deebo Samuel plans to skip workouts with the 49ers and appears determined to stay away until San Francisco addresses his contract, according to multiple reports.

As voluntary workouts began Monday for 21 of the NFL’s 32 teams, ESPN and NFL Network reported that several wide receivers are instead entering holdout mode.

Samuel, Tennessee Titans wide receiver A.J. Brown and Washington Commanders #1 target Terry McLaurin all are planning to be away from their teams during the offseason, ESPN reported.

All three players are in line for a raise entering the final year of their four-year contracts, outperforming their draft status to become lead receivers. Samuel and Brown were second-round picks in 2019; McLaurin was a third-round selection.

A versatile piece of the 49ers’ offense, Samuel also lines up at running back and in the slot. He posted 1,770 scrimmage yards and 14 total touchdowns in 2021.

Samuel could command a deal worth $20 million to $25 million per season, which is in line with the direction of the market for #1 receivers. Tyreek Hill (Miami Dolphins) and Davante Adams (Las Vegas Raiders) were traded and netted new contracts to reach the plateau previously hit only by DeAndre Hopkins with the Arizona Cardinals.

Hill exceeded Adams’ deal with the Raiders, signing a contract worth $30 million per season on average.

Adams edged Watkins with a contract averaging $28 million per year, but his total guaranteed money is only $22.8 million as compared to $52.5 million for Hill.

Brown could also push to make $20-plus million per season, the average of Chris Godwin’s new deal with the Tampa Bay Buccaneers and Amari Cooper’s contract value with the Cleveland Browns.