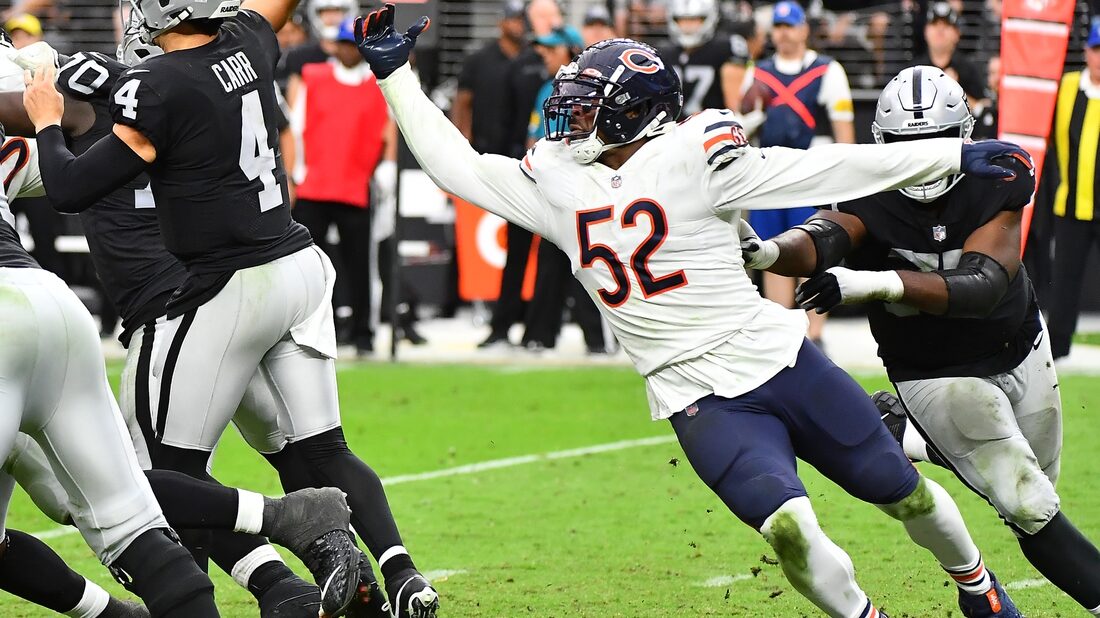 The move pairs Mack with Joey Bosa for a Chargers team that must face Patrick Mahomes, Russell Wilson and Derek Carr twice a year in the AFC West.

Trades cannot be made official until March 16, the first day of the 2022 NFL league year.

Once approved, the deal would give the Bears picks #39 and 48 in the second round. Chicago traded its 2022 first-round pick to the New York Giants on draft day 2021 to move up and select quarterback Justin Fields.

Mack returns to the division after playing his first four NFL seasons with the then-Oakland Raiders. He was voted NFL Defensive Player of the Year in 2016 when he had 11 sacks, five forced fumbles, three fumble recoveries and one interception for a touchdown.

Mack played only seven games for Chicago in 2021 before undergoing foot surgery that cut short his season.