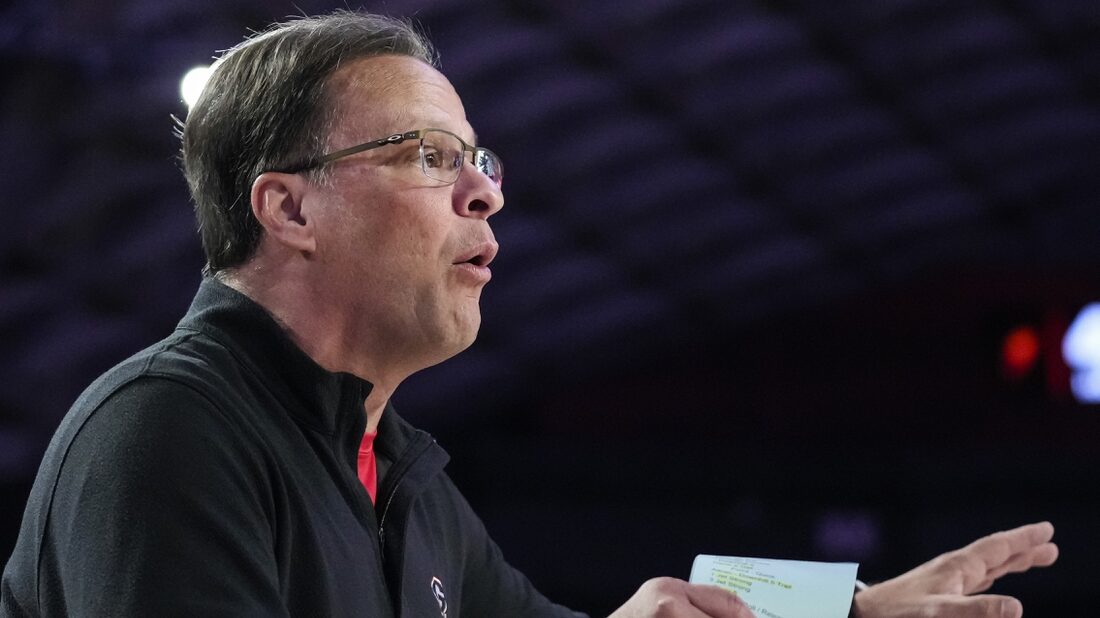 At 6-25, Tom Crean understood the future looked bleak in Athens, Ga. and the SEC tournament appears to be curtains for the Georgia head coach.

In the midst of an 11-game losing streak, Georgia didn’t win a single game in February, and lost its final game of January to first-round tournament opponent Vanderbilt, 85-77.

Crean directed questions regarding his future to administration on Tuesday, the day before the Bulldogs play the late game in the opening round of the conference tournament in Tampa, Fla. But the Atlanta Journal-Constitution said Crean is out as Bulldogs’ coach as soon as the season ends.

“I’m really just focused on doing my job and I think any questions about my future would have to go to the athletic department, because I’m just locked in with what I’m trying to do,” Crean said Tuesday.

The #14 seed in the 14-team conference, Georgia plays #11 seed Vanderbilt in the SEC tournament opener Wednesday.

The Bulldogs reportedly considered firing Crean last month and reviewed his contract for a potential breach of contract violation for not breaking up an altercation between staffers. Multiple reports of a physical altercation between assistant coach Wade Mason and director of player personnel Brian Fish at halftime of the February game vs. LSU prompted the athletic department to issue a statement confirming the incident took place and “was reportedly properly as required by university policies.”

Crean, 55, is 47-74 at Georgia and had previous stops at Indiana and Marquette.

Georgia’s six regular season wins are the lowest it has had in a single season since the 1973-74 campaign.