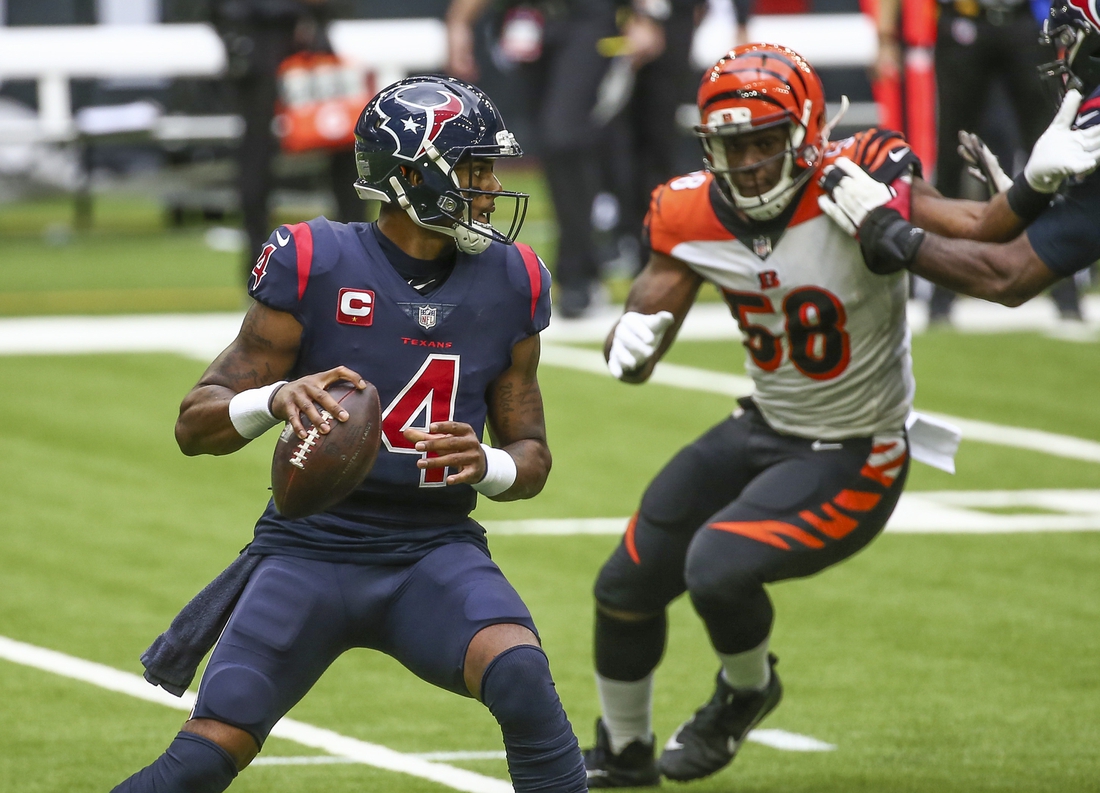 That&rsquor;s one more reported meeting than the Houston Texans quarterback has had with the Cleveland Browns, Atlanta Falcons, Carolina Panthers or any other suitors. He first spoke with the Saints on Monday night.

Multiple outlets reported Thursday that the Browns have been notified they are no longer in the running for Watson.

Watson, 26, carries a $35 million cap hit on his current contract, which also includes a no-trade clause.

A fresh start is coveted by Watson, who did not play last season after demanding a trade. He was inactive every week, with the potential for criminal charges hanging over his head as more than 20 women accused him of sexual misconduct. He could face discipline from the NFL even without a conviction with precedent in noteworthy cases including the six-game ban Ben Roethlisberger received in 2010.

Watson remains the subject of civil lawsuits despite the grand jury&rsquor;s decision in Harris County, Texas, declining to indict him on nine criminal complaints.

NFL commissioner Roger Goodell repeatedly has said only that the league is closely monitoring the events related to the Watson case while conducting its own investigation.

Watson passed for a career-high 4,823 yards with 33 touchdowns and seven interceptions in 2020 following a landmark contract extension with the Texans worth $156 million over four years.