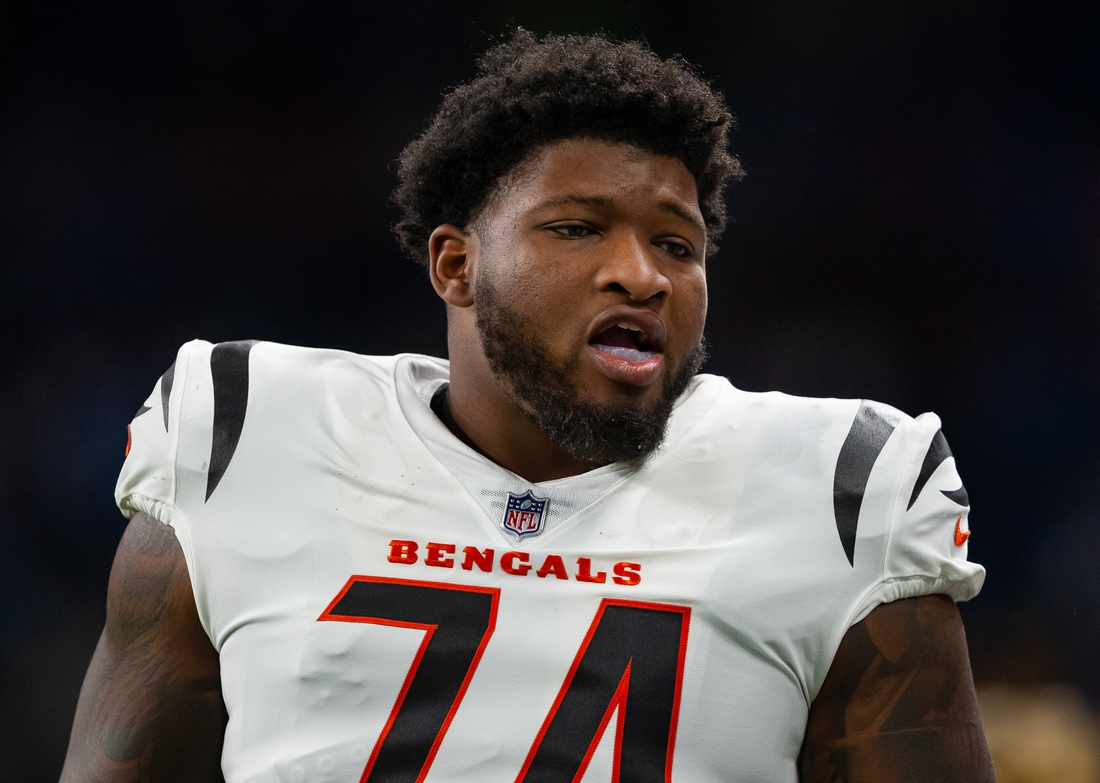 Johnson, 24, initially signed a one-year deal to remain with the Cincinnati Bengals on Tuesday, however he was waived on Wednesday. The move came on the heels of the Bengals adding guard Alex Cappa, center Ted Karras and offensive tackle La’el Collins.

Johnson likely will compete for a backup position behind Pro Bowl selection Tristan Wirfs. The 6-foot-7, 326-pound Johnson appeared in 23 games (eight starts) in three seasons with the Bengals after entering the NFL in 2019 as an undrafted free agent.