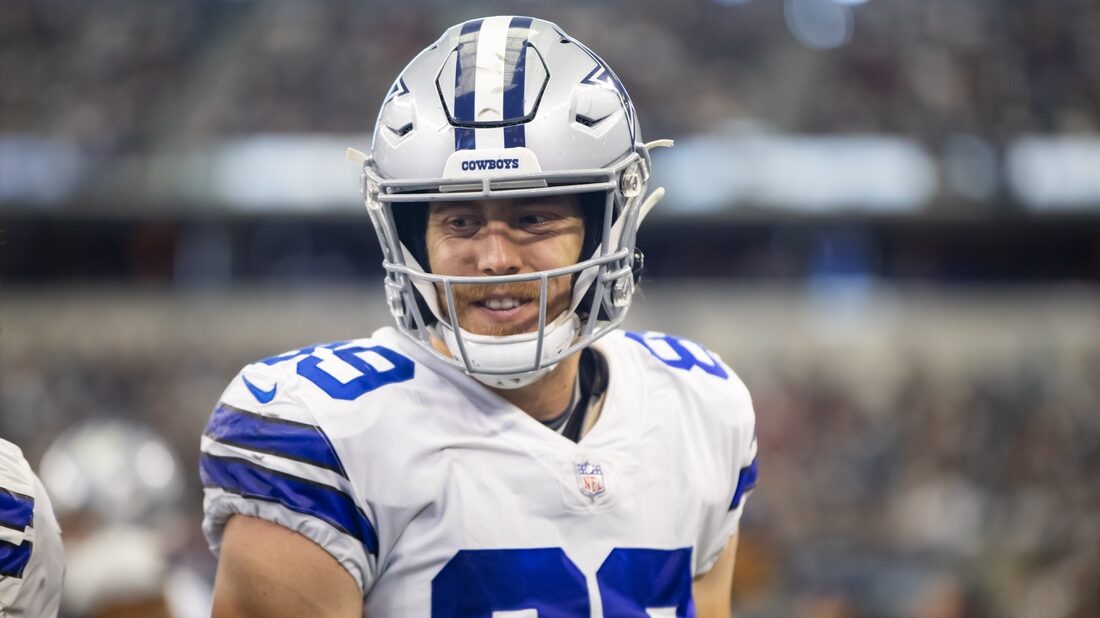 Dallas Cowboys tight end Blake Jarwin underwent surgery on his hip and is not expected to be ready for the start of the 2022 season, the Dallas Morning News reported Thursday.

Jarwin, 27, had the surgery late last month for an injury not considered common for an NFL player, per the report. He suffered the injury on Halloween night against the Minnesota Vikings and was placed on injured reserve Nov. 6.

Jarwin tore his ACL in Week 1 of the 2020 season and has missed 24 games combined over the past two seasons.

Jarwin finished with 11 catches for 96 yards and two touchdowns in eight games (five starts) for the Cowboys last season.