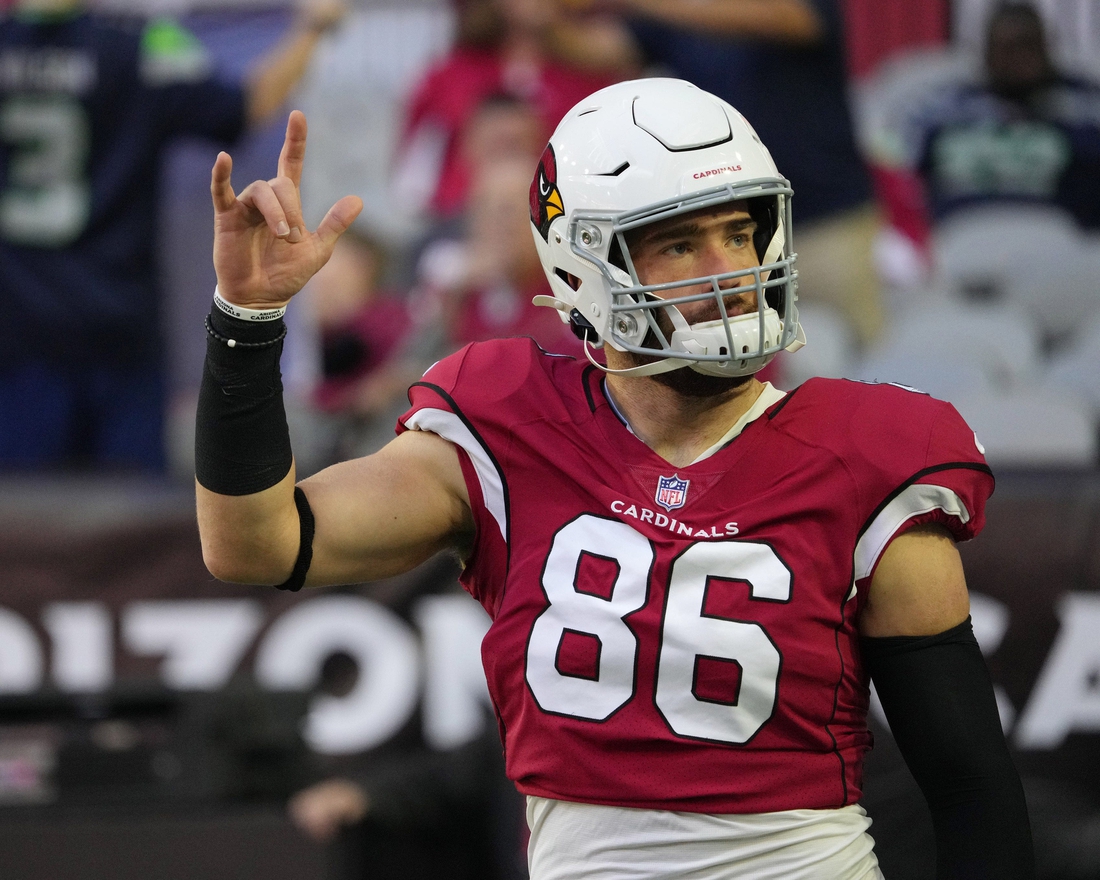 Ertz agreed to a contract worth $31.65 million, including $17.5 million guaranteed, NFL Network reported.

Ertz, a three-time Pro Bowl selection with the Eagles, was traded from Philadelphia to the Cardinals in October.

He totaled 74 receptions in 2021, and with the Cardinals Ertz recorded 56 catches for 574 yards and three touchdowns in 11 games.

The 31-year-old spent eight-plus seasons with the Eagles.