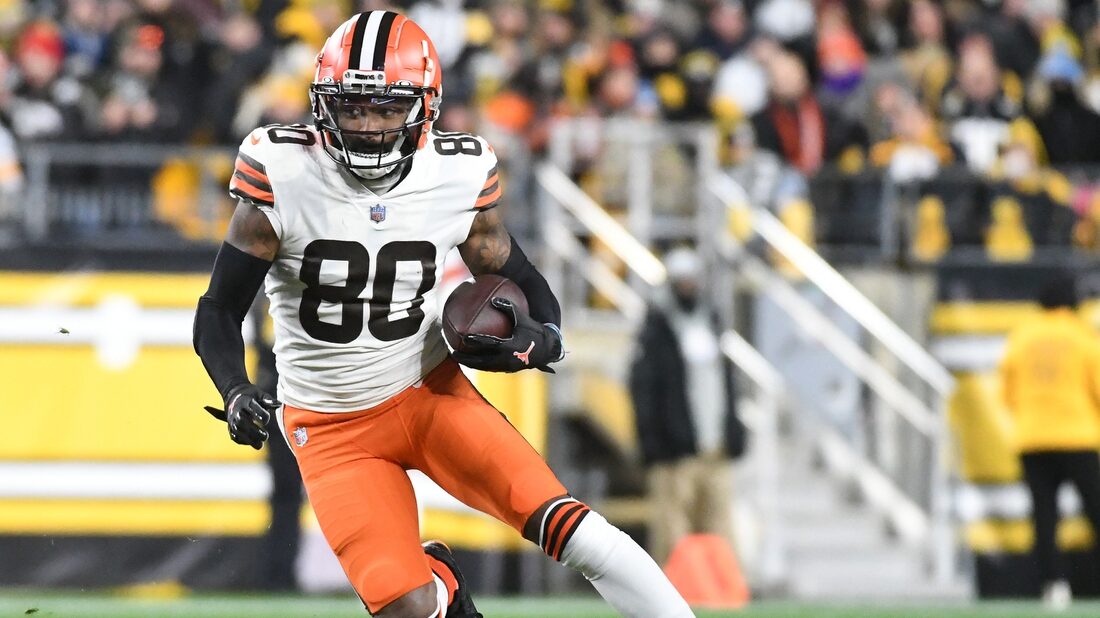 The move comes after ESPN reported Saturday the Browns are set to acquire wideout Amari Cooper and a sixth-round pick in the 2022 NFL Draft from the Dallas Cowboys in exchange for a fifth- and sixth-round selection. That trade cannot become official until Wednesday, the start of the NFL league year.

Landry was entering the final season of a five-year, $75.5 million contract extension signed in April 2018. Per Spotrac, the Browns will free $14.8 million in salary cap with his release.

Last month, Landry said he’d like to stay with the Browns. But reports emerged Sunday that the team had given Landry permission to seek a trade.

He said he suffered a “high-grade MCL Sprain” in Week 2 as well as a partial quad tear and bone bruise. He started 12 games and finished with career lows in receptions (52), receiving yards (570) and touchdown catches (two) in 2021, his fourth season with the Browns following four seasons with the Miami Dolphins.

Landry said he didn’t talk to the media during Cleveland’s 8-9 campaign because he was “focused on getting on the field as healthy as possible during the week and after games.”