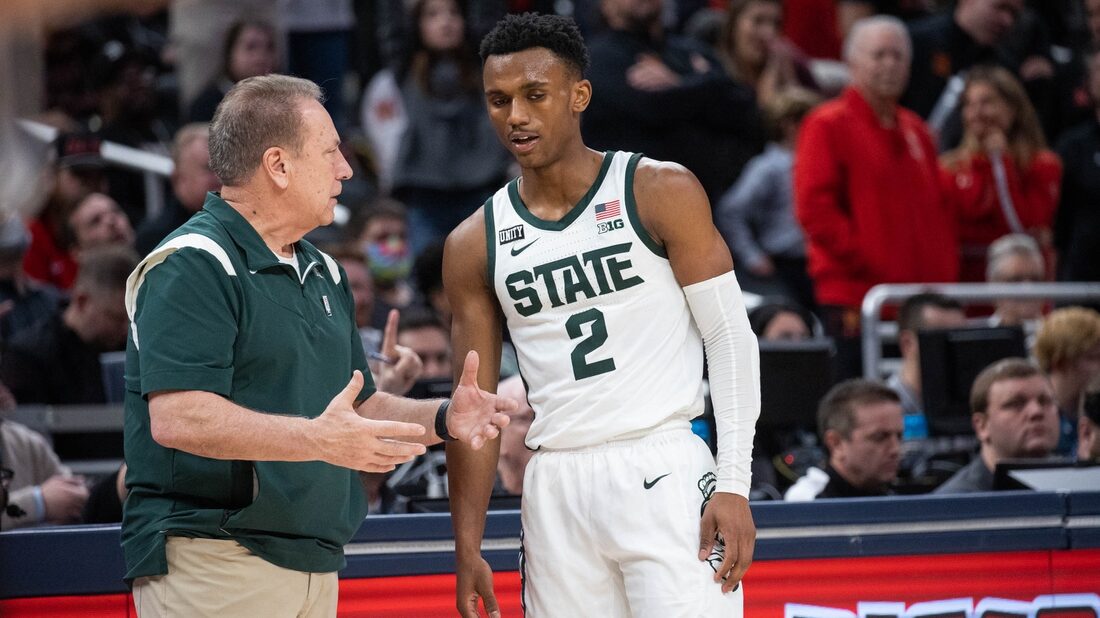 The seventh-seeded Spartans not only face a dangerous #10 seed in Davidson, they will have to clamp down on their former point guard in order to advance in the West Region.

Foster Loyer spent the first three years of his college career in East Lansing. He transferred to Davidson seeking more playing time and appears to have found what he was looking for as he faces his former teammates as the Wildcats’ leading scorer.

His former coach couldn’t be happier for Loyer.

“You’re in the NCAA Tournament, it should be exciting,” Spartans coach Tom Izzo said. “You should enjoy it. I know our players probably felt a little weird. Foster Loyer didn’t leave here in a bad way. He left here in a great way.”

Loyer will be a great source of information for Davidson coach Bob McKillop and his staff.

“I’ve had great respect for Foster since he was in ninth grade. I do think he’s a coach on the floor,” Izzo said. “I think he’s as smart a guy as I’ve ever played against. Bob should use (him) in their scouting report. He’s probably more valuable than their assistants, and that’s no insult to their assistants.

“He knows our players, he knows me, he knows our plays, but at the end of the day, players still play the game, you know? Bob McKillop is such a good coach that, even if Foster wasn’t there, he’s going to have Michigan State down.”

Davidson received an at-large bid after losing to Richmond 64-62 in the A-10 tournament championship game.

The Wildcats are also a popular double-digit seed at BetRivers, where they have been backed by 77 percent of the money and 55 percent of the bets as a slight 1.0-point underdog.

The story has been similar at BetMGM, where the line has held at Michigan State -1.5 despite Davidson drawing 53 percent of the spread bets and 65 percent of the money.

The Wildcats have three other players — Hyunjung Lee (16.0 points), Luke Brajkovic (14.2) and Michael Jones (11.9) — averaging double figures. They’ll be making their first appearance in the NCAA Tournament since 2018, when they were eliminated by Kentucky in the first round.

‘It was a joy to coach this team,” McKillop said. “They have been so coachable from start to finish. We won 27 games, we were 15-3 in a very good conference — the A-10 — we won the regular-season title and we knocked off a #10 team (Alabama) on their home court. … I think we have a pretty darn good resume to be in the tournament.”

The Spartans (22-12) stumbled down the stretch, losing seven of their last 10 regular-season games. They regained some of their confidence in the Big Ten tournament, defeating Maryland and Wisconsin before losing to Purdue 75-70 in the tournament semifinals.

“I think they’ve been through the dirt, they got dragged through it by everybody; by fans, by media, and definitely by their coach,” Izzo said. “But I also think they figured out in the last four or five games that, not only if we play the right way and do the right things, but also how important it is that everybody does their job.”

Unlike many of Izzo’s other tournament teams, the Spartans do not have a standout or obvious leader. Gabe Brown (11.4 points) is the only player averaging double figures on a team that leans into its depth.

“He’s on crutches and a boot and I think he got a cast from head to toe, but we think miraculously he is going to play,” Izzo joked.