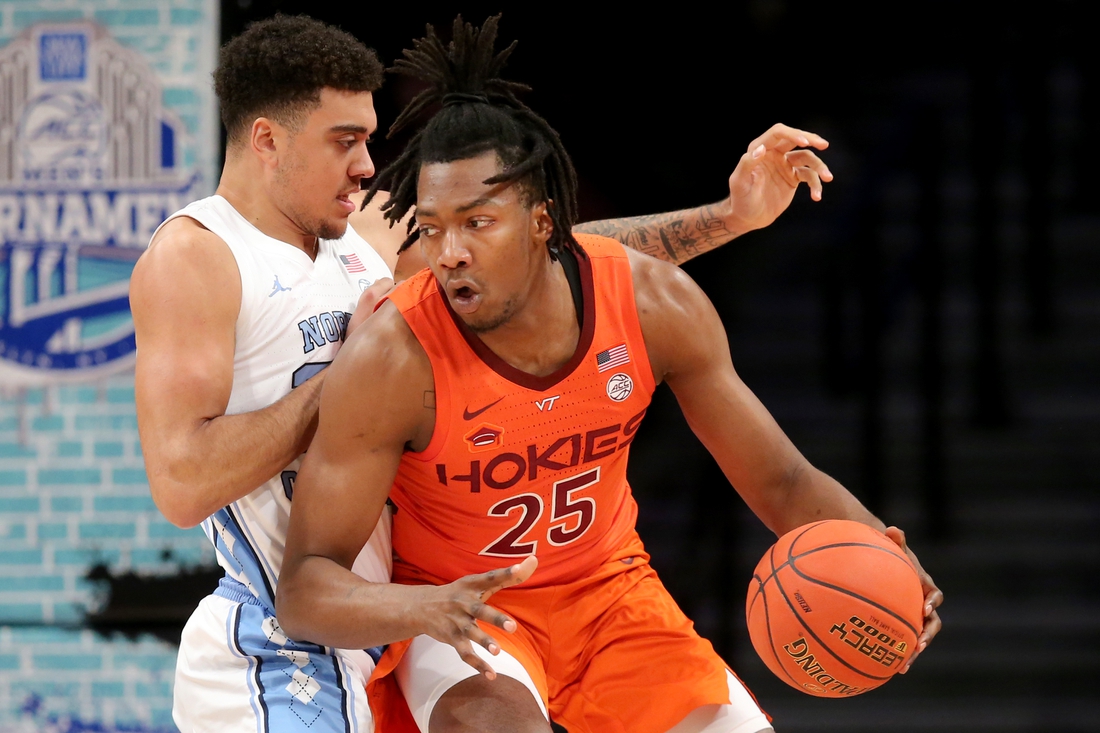 #25 Texas will look to regain the swagger it enjoyed during a torrid stretch in February when it squares off against red-hot Virginia Tech on Friday afternoon in an NCAA Tournament East Regional first-round game in Milwaukee.

The winner between the sixth-seeded Longhorns and 11th-seeded Hokies will face the winner of third-seeded Purdue and 14th-seeded Yale on Sunday.

Texas and Virginia Tech are hitting the big dance on different paths and moving in opposite directions.

Virginia Tech is on its hottest stretch of the season, winning four in a row and 13 of its past 15 games. The Hokies rolled through the Atlantic Coast Conference tournament, beating Duke in the championship game.

It little surprise they are fifth-most backed double-digit seed at BetRivers, drawing 71 percent of the spread bet and 73 percent of the handle as 1.5-point underdogs.

The Hokies (23-12) had lost six of eight ACC games during a stretch in January but turned around their season with a dominating win at Florida State. That victory was the first of a six-game winning streak. Virginia Tech won nine of its final 11 ACC regular-season games.

This will be the fifth straight season the Hokies have played in the NCAA Tournament, extending Virginia Tech’s longest streak of tournament berths, which previously was two (1979-80 and 1985-86).

Even with the late stretch of success, the Hokies got an 11-seed, which surprised Virginia Tech coach Mike Young.

“It’s pretty evident had we not beaten Duke, we wouldn’t have gotten in, which I scratch my head a little bit,” Young said. “But we’re playing. We’re in. We’ve got a chance to play good basketball again and advance, so let’s see what happens.”

Texas, meanwhile, has dropped three straight games, the most recent a 65-60 defeat against TCU in the quarterfinals of the Big 12 tournament in a contest it led by 20 points late in the first half before spitting the bit.

The Longhorns (21-11) have lost five of their past eight games after a 7-4 start in the brutal Big 12. Texas enters the NCAA ranked among the top six nationally in scoring defense after allowing 59.6 points per game this season.

“I think the Big 12 has prepared us, battled-tested us,” Texas coach Chris Beard said. “Now we’ve got to go out and try to beat another Big 12 (type) team.

“Virginia Tech’s a team that would win multiple games in our league. They can play with anybody in our league. But my confidence comes from our players. I think they understand the opportunity they have.”

The Longhorns struggled in their past three games — losses to Baylor and Kansas, which both ended up as #1 seeds in the NCAA Tournament, and to TCU — because it couldn’t score in the clutch.

Texas has four players who average at least 9.5 points per game, but no real go-to scorer. Timmy Allen leads the team with a 12.3 points per game average.

The Longhorns have not won a game in the NCAA Tournament since 2014.

With one of the lowest Over/Under totals of the first round, this matchup has also seen significant action in that market.