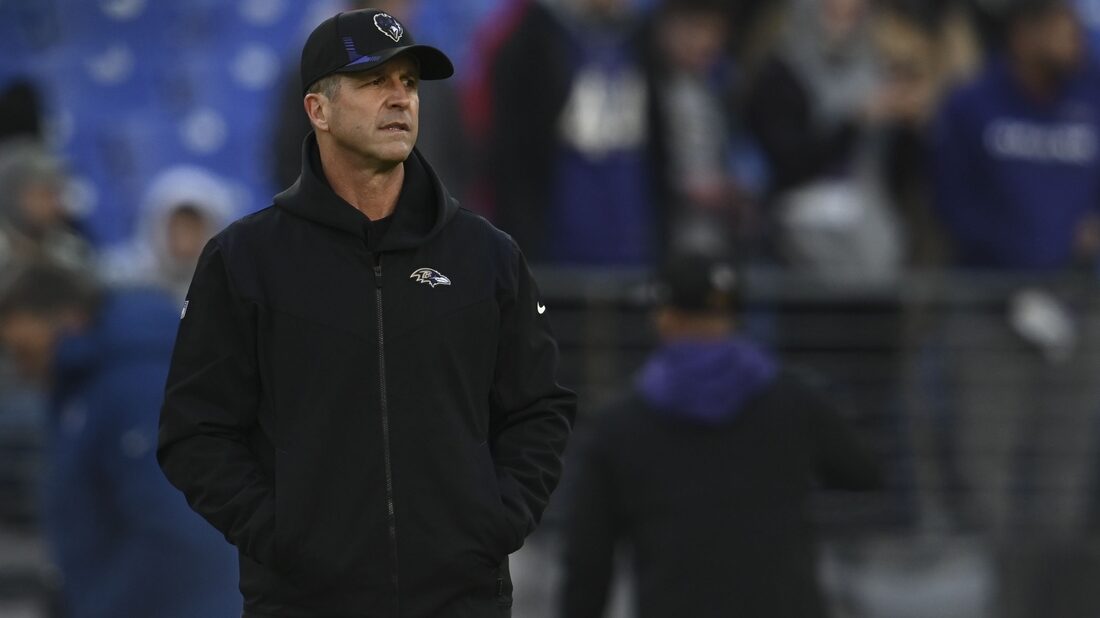 The Ravens announced a three-year contract extension for head coach John Harbaugh that keeps him in Baltimore through the 2025 season.

Terms were not disclosed. Harbaugh was entering the final year of his previous four-year deal signed in 2019.

Owner Steve Bisciotti made the announcement at the NFL annual meetings in Palm Beach, Fla.

“No interest in having him go lame duck on me here. It’s not fair to him,” Bisciotti said. “I think John’s grown and grown and grown. It’s kind of interesting. I don’t feel like I’m just signing up the same guy. I think that’s really a compliment to him. I really feel like there’s a rebirth in John as the years go on. Things that mattered to him don’t matter as much anymore. I’m just thrilled as an owner to have a guy that’s going to be going into his 15th year. So, I’m pretty pleased with it.”

The 2022 season will be Harbaugh’s 15th, making him the third-longest tenured coach in the NFL, behind Bill Belichick and AFC North rival Mike Tomlin.

Harbaugh, 59, is 137-88 in 14 seasons and 11-8 in the postseason. He led the Ravens to a Super Bowl title in 2012. The team missed the playoffs this past season, the first time since 2017. Under Harbaugh, the Ravens have made the playoffs nine times.

Harbaugh has only been a head coach with the Ravens, who hired him from the Philadelphia Eagles in 2008 after 10 seasons as their special teams coordinator and defensive backs coach.