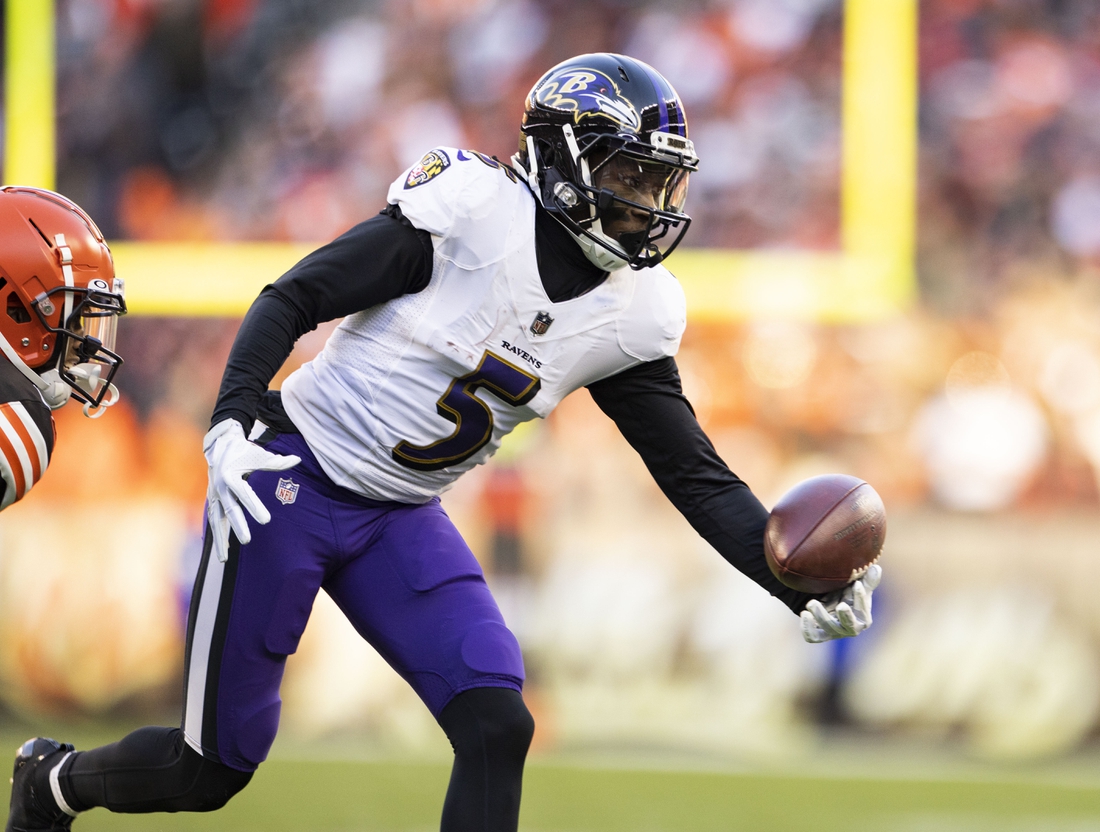 The Ravens used the 14th overall pick on Notre Dame safety Kyle Hamilton, then moved back into the first round by acquiring the 23rd overall pick from Arizona.

Brown was the Ravens’ first-round selection in the 2019 draft, and he played three seasons with quarterback Lamar Jackson in Baltimore. He posted his first 1,000-yard season in 2021 when he caught 91 passes for 1,008 yards and six touchdowns in 16 games (all starts).

The trade was unexpected, with Brown figuring to be Baltimore’s #1 receiver in 2022.

In Arizona, Brown will be reunited with his college quarterback, Kyler Murray. Murray and Brown spent two seasons together at Oklahoma, where Murray compiled 2,413 receiving yards and 17 touchdowns in 27 career games.

The Cardinals and Murray had a turbulent offseason, with Murray’s camp demanding a contract extension and an ESPN report indicating that the team had concerns Murray was “self-centered” and “immature.”

In this article:Arizona Cardinals, Baltimore Ravens