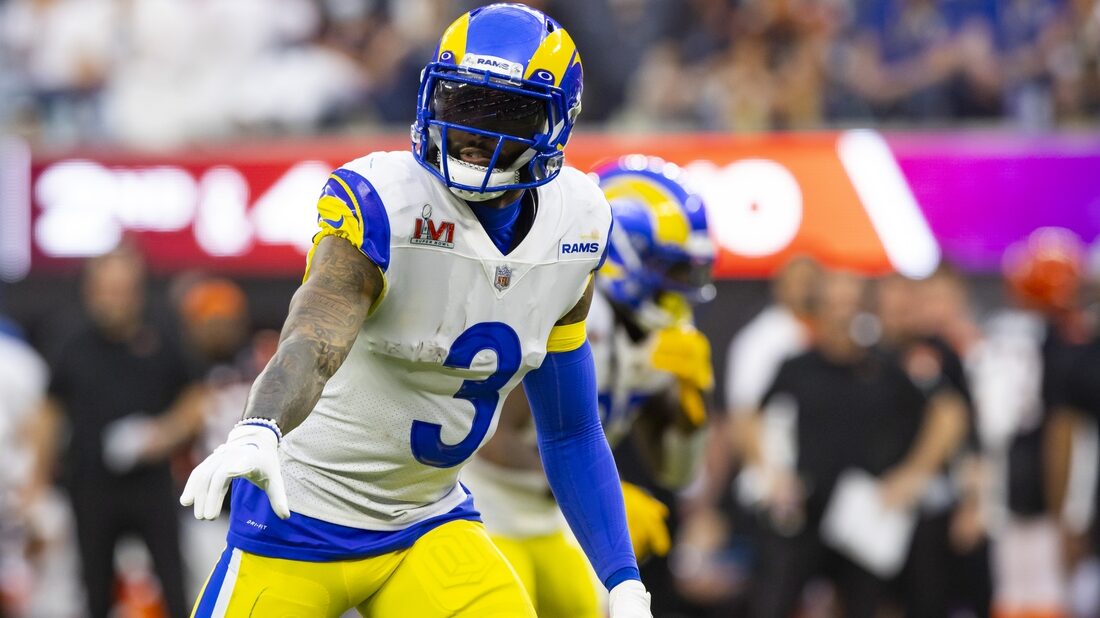 The Los Angeles Rams signing free-agent wide receiver Allen Robinson did not preclude them from wanting a reunion with Odell Beckham Jr.

Rams general manager Les Snead told reporters Tuesday that the Super Bowl champions have been in communication with Beckham’s agent and might “shorten” the star wideout’s free agency.

Beckham tore the ACL in his left knee during Super Bowl LVI and is unlikely to be ready for the start of the 2022 season.

“He’s someone that we definitely want back, but it’s a little bit more complex situation based on the injury,” Snead said. “We envision it being similar but different circumstances to last year. When Odell is ready to play, we’d appreciate him being part of” the Rams.

Los Angeles signed Beckham in November following his release from the Cleveland Browns. In eight regular-season games with the Rams, Beckham caught 27 receptions for 305 yards and five touchdowns — after not scoring a single touchdown for the Browns in six games.

Beckham added two touchdowns in the playoffs, including the first score of Super Bowl LVI, before going down with the knee injury.

In eight NFL seasons with the New York Giants, Cleveland and Los Angeles, Beckham has totaled 531 catches for 7,367 yards and 56 touchdowns.

The Rams already have Cooper Kupp, who won NFL Offensive Player of the Year after earning the receiving “Triple Crown” in 2021, and they added Robinson in free agency on a three-year, $46.5 million deal. They also traded receiver Robert Woods to the Tennessee Titans to help with their cap situation.