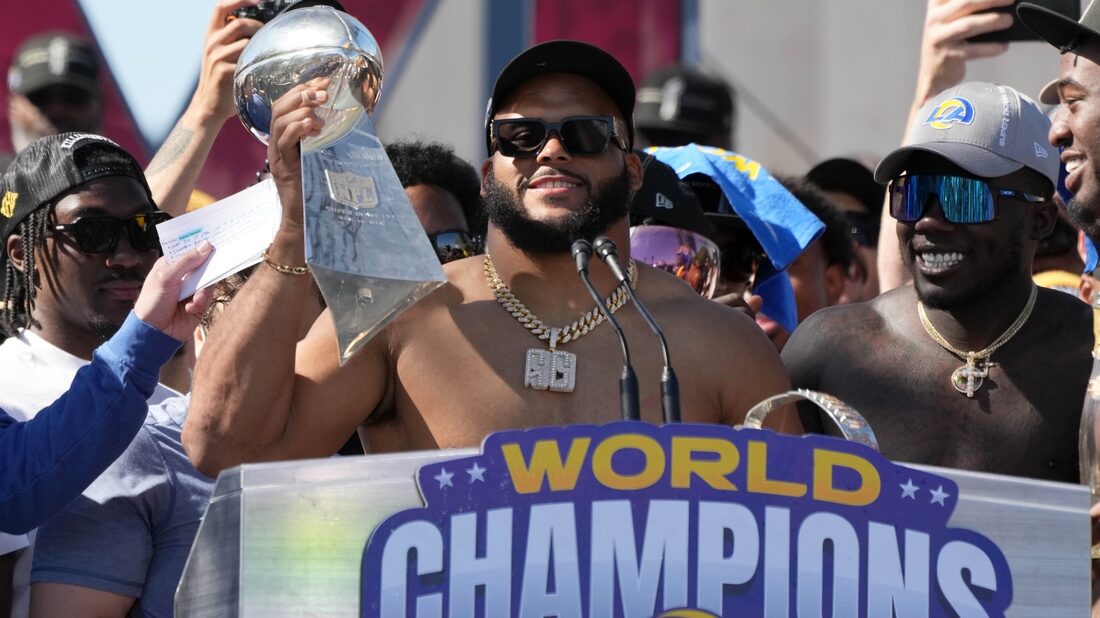 McVay’s words during his Tuesday press conference at the annual league meeting came on the heels of a report that emerged prior to Super Bowl LVI noting Donald would ponder retiring if the Rams defeated the Cincinnati Bengals in the big game.

There is still a matter of dollars and cents, however. Donald, a three-time NFL Defensive Player of the Year, is looking for more money after signing a six-year, $135 million extension just before the start of the 2018 season.

“Well it’s a huge priority for us,” McVay said. “I know that our group is working with (Donald’s agent) Todd France and trying to get that figured out. Feel really good about Aaron’s excitement about coming back and continuing to lead the way for us. But that is a piece that we do want to be able to get figured out for him. And I think he’s deserving of it. And so, we’re in the process of working through that right now.”

Donald, who turns 31 in May, has 98 regular-season sacks and 23 forced fumbles in his eight NFL seasons — the first two in St. Louis before the Rams moved back to California.