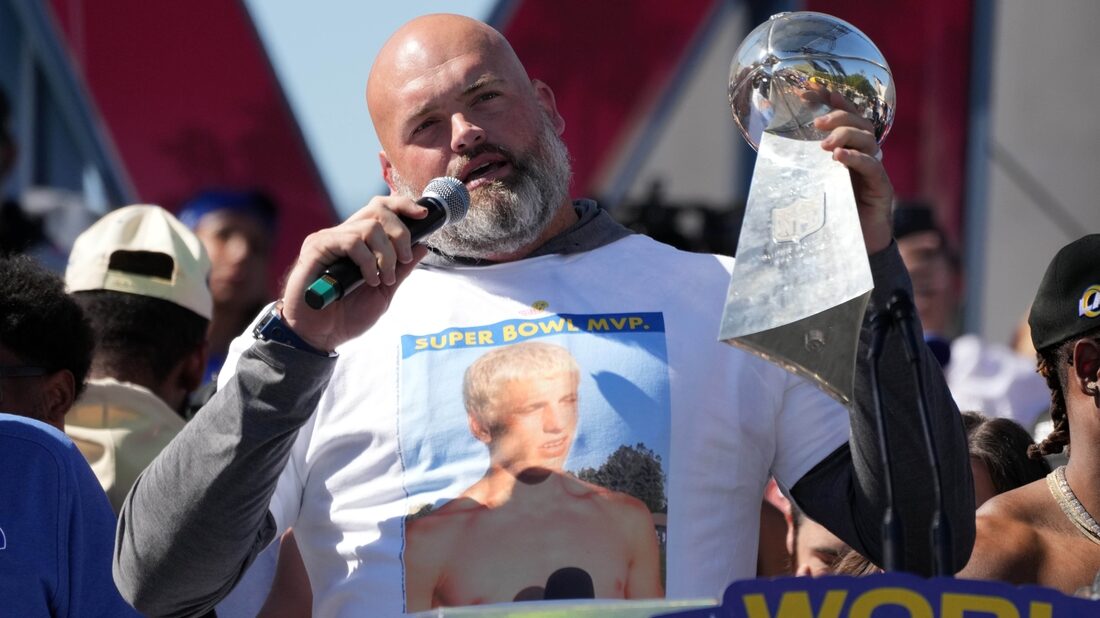 Whitworth, 40, made his intentions known by posting a video to Instagram. His announcement came approximately one month after the Rams defeated his former team, the Cincinnati Bengals, in Super Bowl LVI.

“My chapter may have closed on the field, but my story is unfinished. Can’t wait for the next one,” Whitworth wrote on Instagram. “Thank you to everyone who has been part of my journey!”

The Rams took to social media to congratulate Whitworth on his career.

“The epitome of a leader. Congratulations on an incredible football career, Andrew Whitworth,” the Rams wrote on Twitter.

A four-time Pro Bowl selection and two-time All-Pro, Whitworth spent the past five seasons with the Rams after playing his first 11 for the Bengals. He has played in 239 NFL games (235 starts) in the regular season and has 15 starts in the postseason.