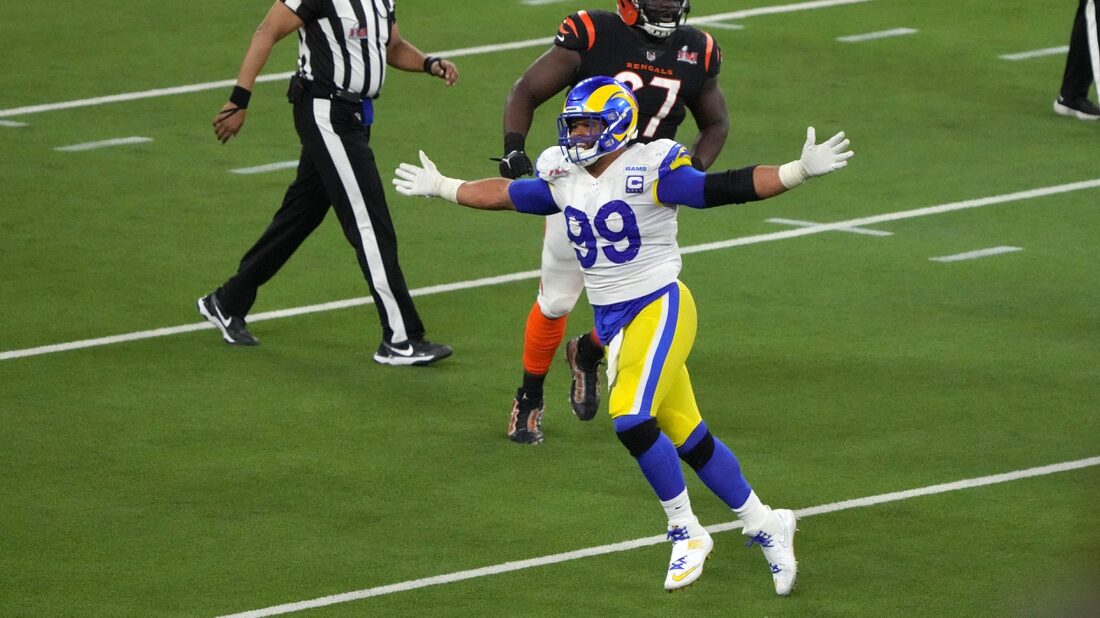 Donald, who turns 31 in May, told Sports Illustrated he’s struggling to recommit to the grind of the offseason and took a full week off in February. He said it was the first time he’d rested more than three consecutive days.

To forward any consideration of coming back, Donald said he told owner Stan Kroenke following the Super Bowl win over the Cincinnati Bengals that wide receiver Odell Beckham Jr. and pass rusher Von Miller must be back. More than that, Donald wants assurances that the Rams will keep a championship roster together, not rebuild.

Even after head coach Sean McVay eschewed retirement and dedicated to being all-in on chasing a repeat Super Bowl victory parade, Donald told Sports Illustrated he wants more time to decide his future.

“I’m thinking about my kids, first, always,” he told Sports Illustrated. “People who know me understand why.”

A seven-time All-Pro and three-time Defensive Player of the Year, Donald’s credentials are virtually peerless.

But Donald, who signed a six-year, $135 million contract in 2018, said he’s been considering walking away from the NFL for two years. Two of his three children live full-time in Pittsburgh and the older they get, the more activities they enter, the less time they have to travel to and from Los Angeles to be with their dad.

McVay cited family as the biggest reason he’s considering stepping away from the NFL — not this year, but in the future. McVay pointed out that he and Donald are similar in that they don’t feel invested unless they have all of their chips on the table. According to Sports Illustrated, Donald hasn’t recaptured that feeling this offseason.

If he leaves to drive the kids to school and attend their after-school programs, McVay said he understands why.

“I’ve witnessed what it takes for him,” McVay said.

Donald said he has considered retirement for a year or two, only to return in the way Michael Jordan stepped away from the NBA.

In this article:featured, Los Angeles Rams